It's always a little difficult to say exactly how many figures one's painted during a year, partly because of the question of what counts as a model.  Is a stand of five 6mm infantry one "figure" or five?  What about a squadron of Full Thrust fighters?  And how about gun teams that are all on one base, whether 15mm or 28mm scale?  I generally count by "base" rather than model, but of course there's also a big difference between a single 15mm trooper and a Full Thrust superdreadnought or some huge 28mm monster on a 120mm base.
All that said, my final tally for the year of 2018 is 1786 minis.  Not a very good year, but still up from the last two.  Long way from my peak back in 2012 where I broke the 3000 mark - but that year also had far fewer commission jobs and fewer large customized 28mm models.  Hopefully some upcoming life changes will give me more time to work on painting and converting minis in 2019.  Guess we'll see next December.
And now, we wrap up the 2018 retrospective with a few more projects from the year gone by.
GZG Moongrunt Chinese forces. 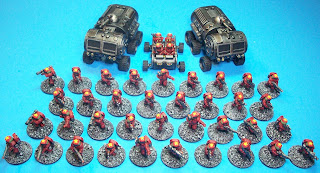 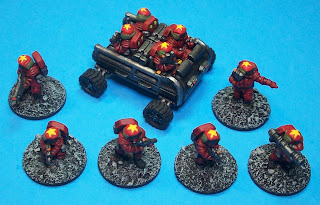 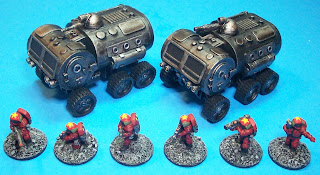 Some Mantic Star Saga figures, which are much more likely to see use a scifi mindflayers in Starfinder or an Expedition to the Barrier Peaks homage. 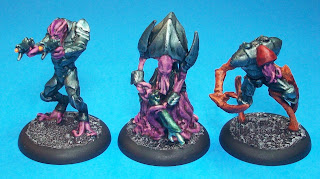 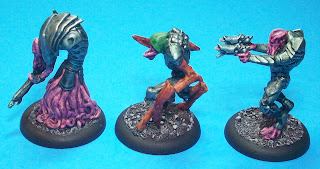 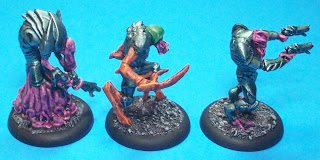 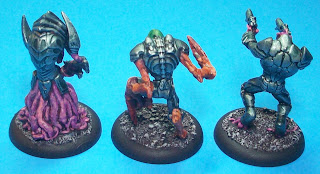 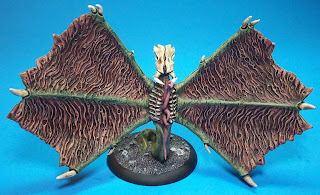 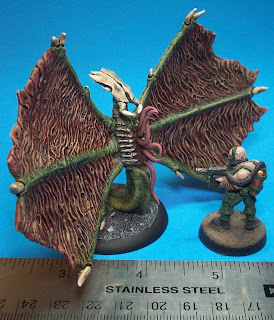 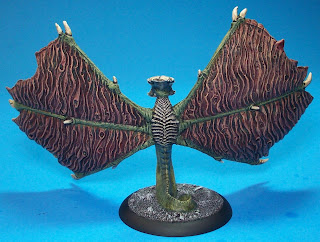 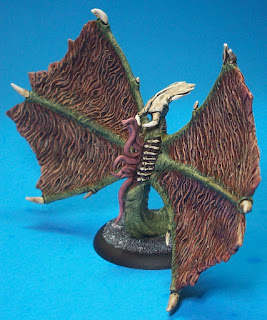 Some Martian troops and a grav tank to match, along with a few other commissioned models. 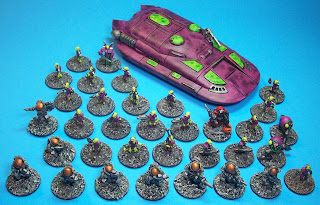 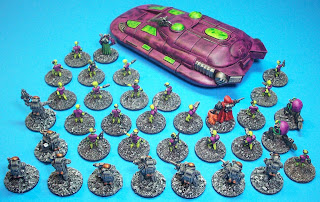 Some old school D&D monsters from Pacesetter, done on commission. 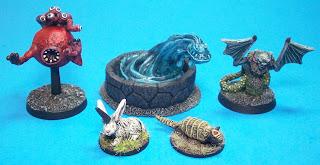 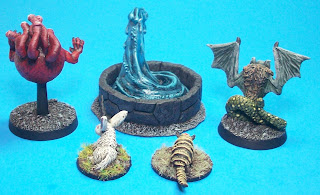 Including this big old froghemoth.  Hey, another Expedition to the Barrier Peaks reference. 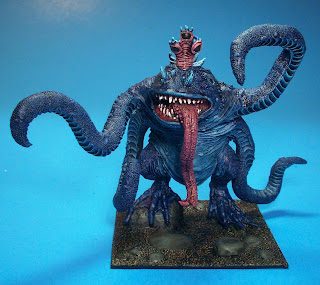 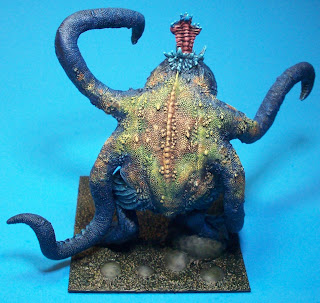 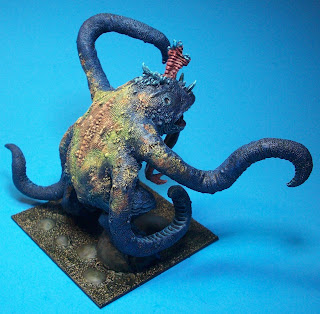 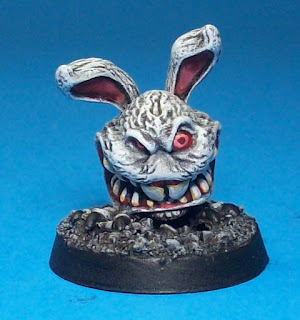 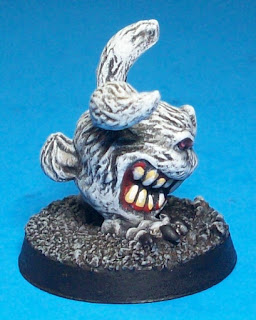 And finally, some GZG 15mm Stargrunt Kra'Vak, including the new hunting beasts and jet bikes. 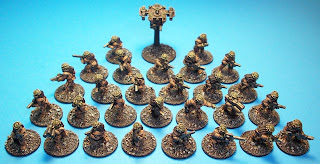 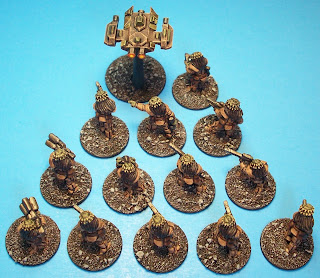 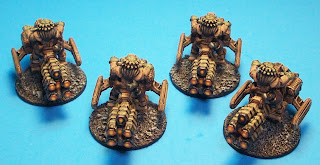 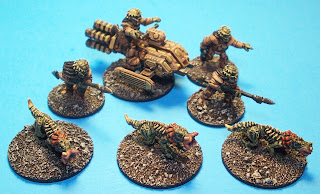