Some Dreamblade figs, repainted and rebased on 45mm bases.  Some interesting sculpts in that long-dead game. 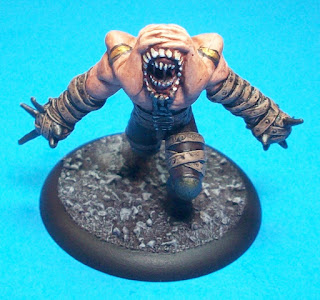 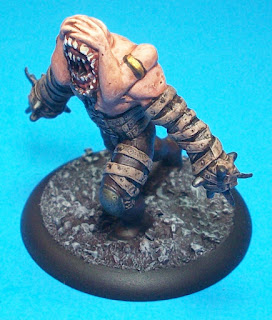 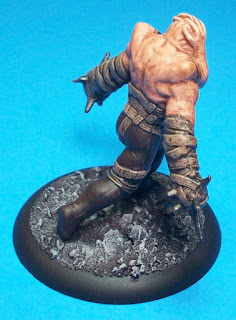 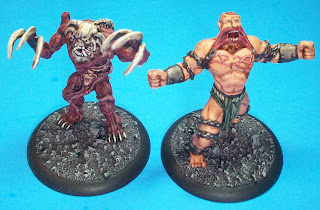 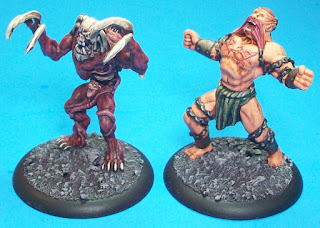 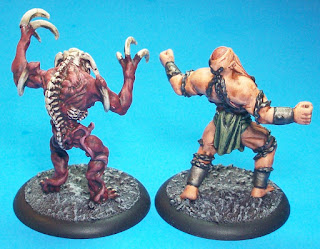 Huge Reaper Bones Dark Young of Shub-Niggurath, mounted on a 120mm base. 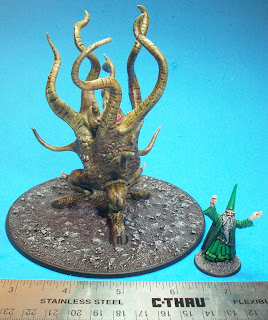 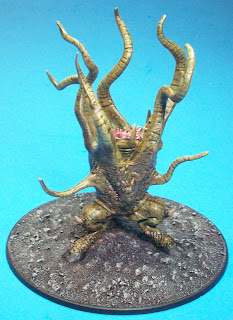 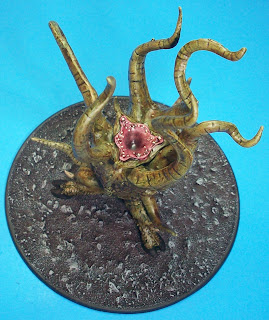 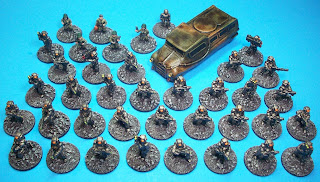 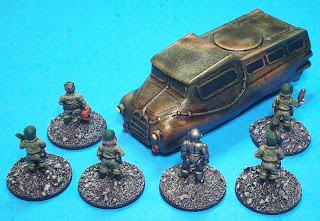 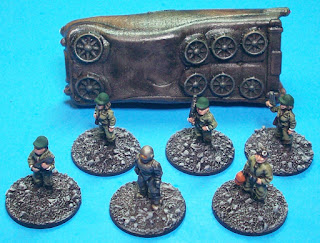 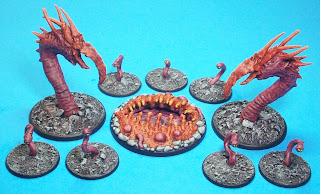 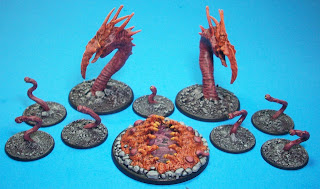 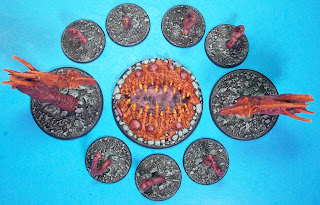 GZG Moongrunt USMC rocket sled with infantry, both loaded and as a dismount squad. 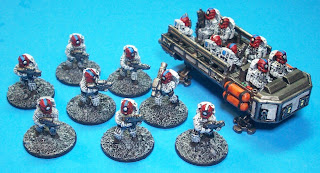 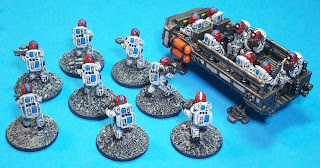 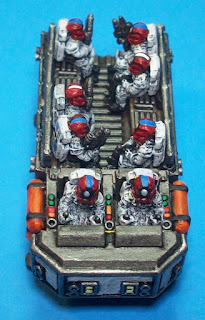 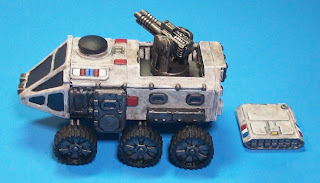 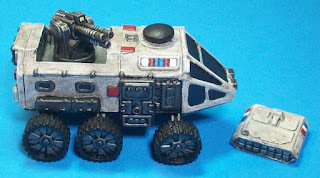