The Mysterious Mister Eden, who is definitely just a stage magician and not a shape-shifting were-serpent using his role as a nightclub performer as a cover for more sinister activities.  Reaper figures. 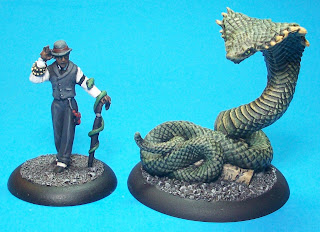 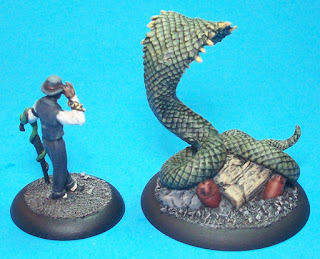 But if he was a shape-shifting were-serpent, he'd probably have contacts with the creepy cultists of Gulvoth of the Thousand Eyes. 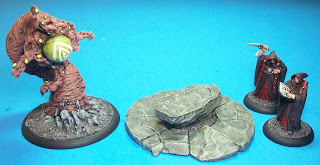 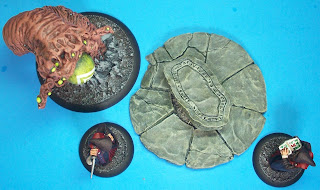 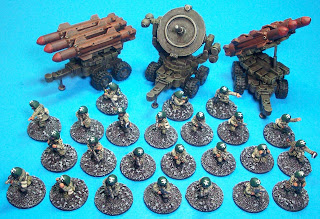 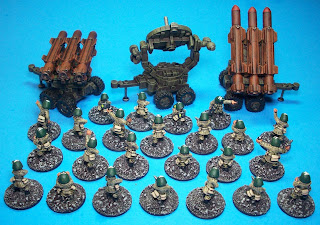 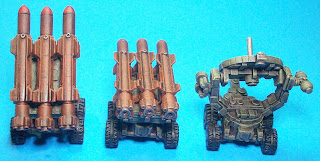 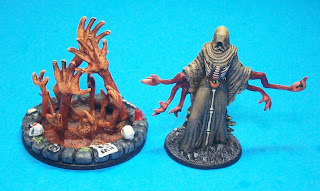 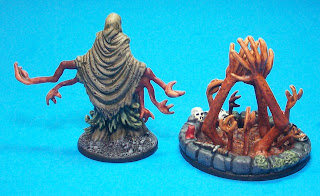 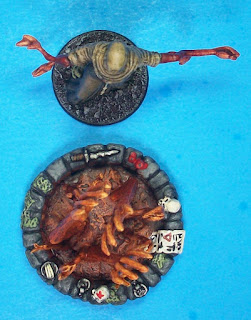 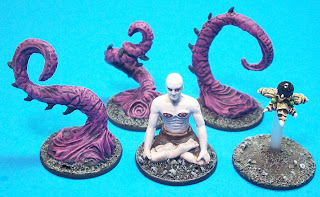 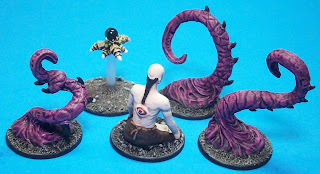 And to finish out today, a rather large NAC fleet from GZG's Full Thrust range, mixing both generations of sculpts for the faction. 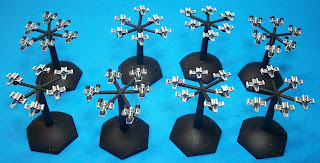 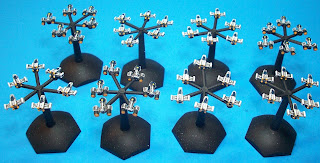 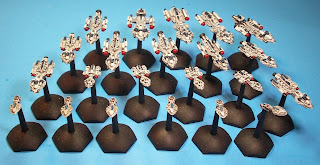 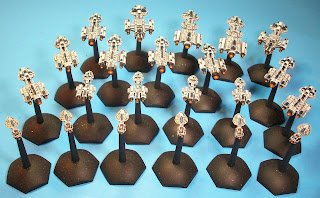 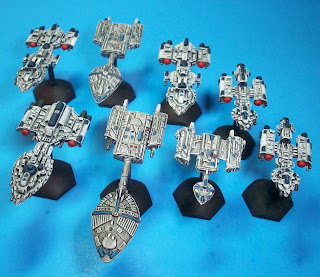 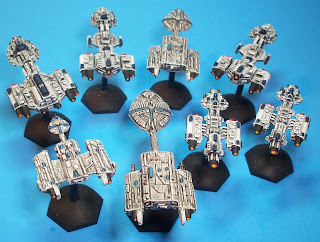 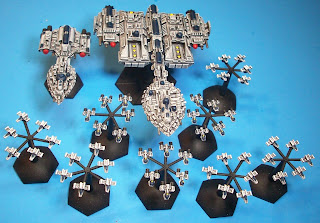 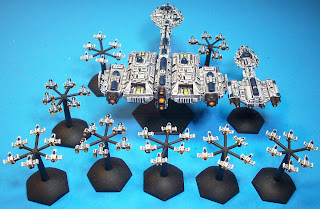