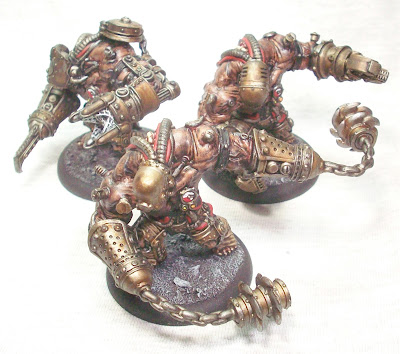 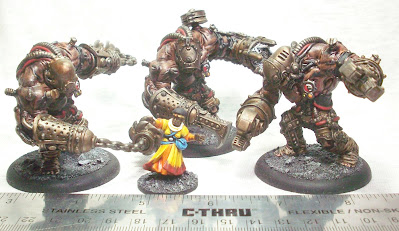 Big chunk plastic models on 50mm bases.  Frostgrave wizard for scale - as you can see, they're huge. 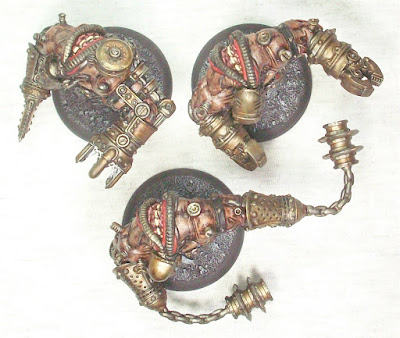 The models share a common body, with the forearms and heads and some weapon parts differentiating them.  If you weren't using them for War Machine, the various arms could be mixed and matched however you desire - they all fit the same way, although the net launcher arm will only fit on the left side so its cable reel will connect properly. 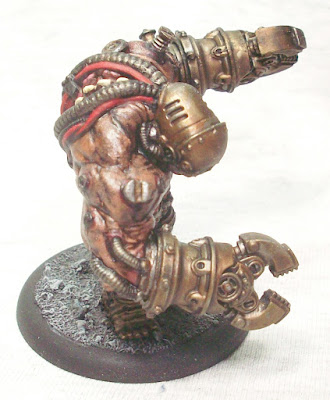 This is the defensive Warden, with twin gripping claws.  A bit weak against heavy armor but also the most inexpensive monstrosity in the game. 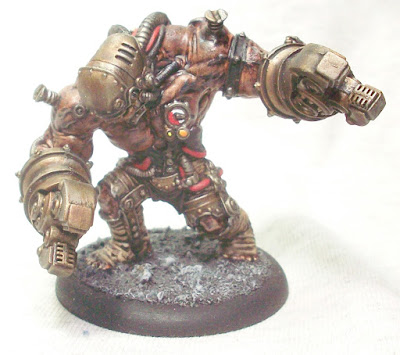 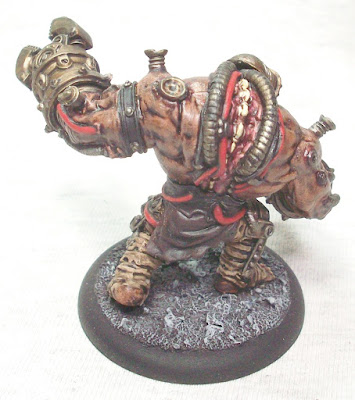 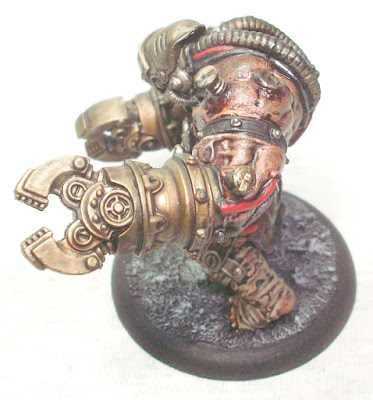 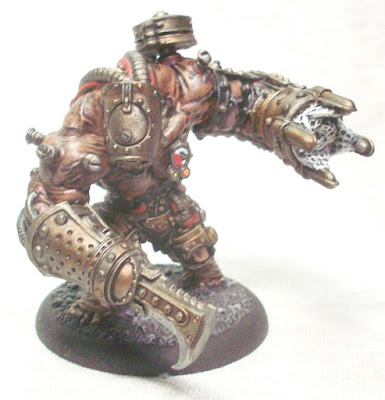 The Subduer has a large blade and a net launcher, the only ranged weapon monstrosities carry.  Slightly more expensive than the Warden, hits harder, and has some nasty positioning tricks. 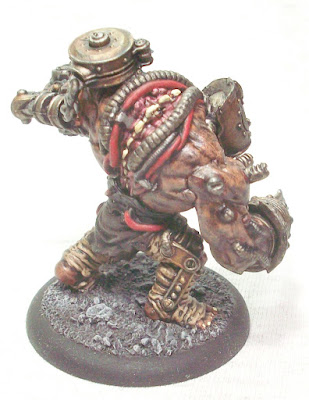 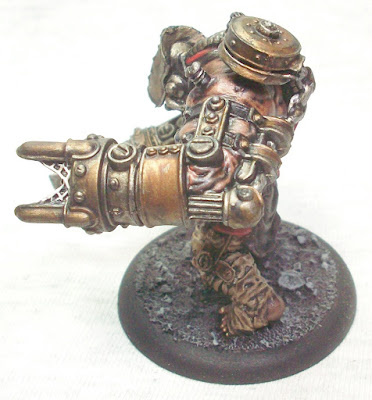 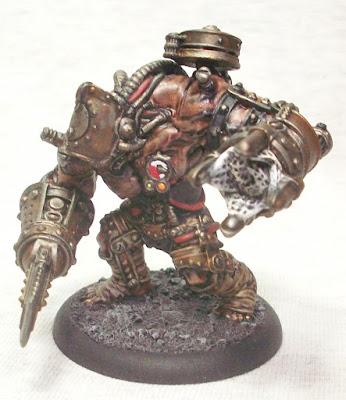 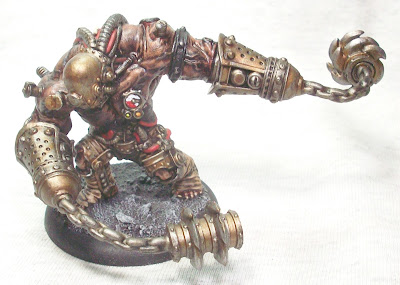 The Wrecker is the hardest hitting of its kind, and the most expensive in game.  It's quite strong against any target, and has a particularly nasty sweep attack. 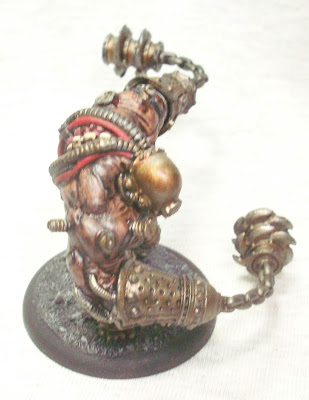 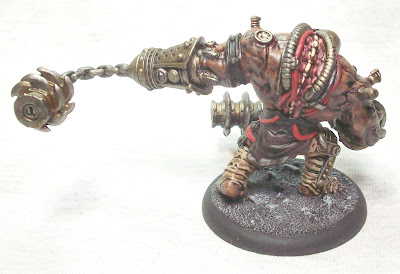 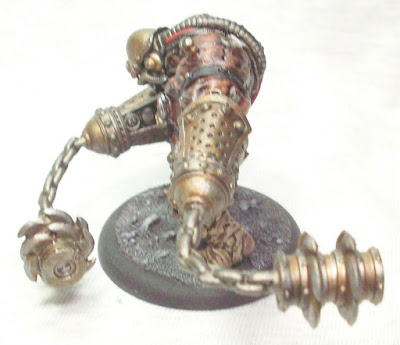 Their size and "tormented test subject" look would make them good proxies for Dark Eldar grotesques over in Warhammer 40K, but they'd need to be stuck on 40mm bases instead of their normal 50mm ones.  Alternately, they could be left as-is and used as Chaos Spawn proxies.

Posted by Dick McGee at 5:48 PM No comments: