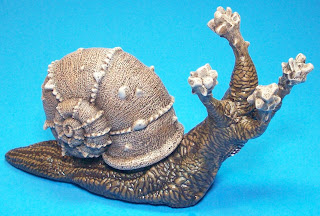 A large resin kit that comes in four pieces - shell, body, and two of the four flails are separate.  There are also variant shell and (non-flail) bodies available, which can be swapped around.  This one is actually a "riding snail" shell on a flail snail body. 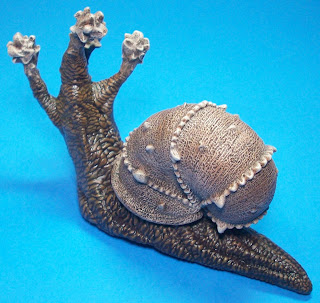 The kit is very cleanly cast and goes together well.  There are pour spout plugs on each piece that require trimming, but they're easy enough to remove and doing so won't affect visible parts except for the body.  The body plug is on the bottom toward the rear and taking it off does mess up the detail there a bit, but carving it back in was a two minute job and even that could be skipped if you don't plan on looking at the bottom of the model. 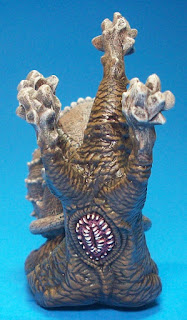 Did need just a little putty to fill in the shell-body join but again, it was a trivial job of gap-filling, no sculpting required. 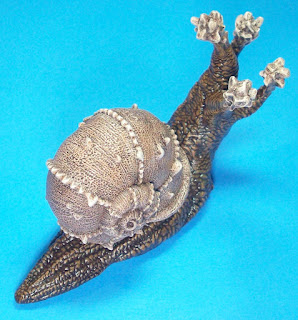 As you can see the belly is fully detailed.  Quite  a lot of teeth on this thing, too.

The repaired plug point on the body is pretty much invisible with paint on it, and you can't even see the putty under the shell.

A big and impressive model, and well made.  The Reaper Call of Cthulhu investigator there is probably developing molluscophobia even as we speak. 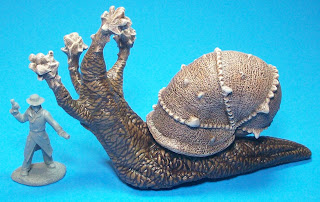