Continuing the end of year look at past projects, we have a large force of Ground Zero Games' 15mm Stargrunt Japanese minis.  Mix of ashigaru in both helmets and bare-headed, officer types with katana, tech-ninjas, and power armor, as well as some heavy weapons and drones. 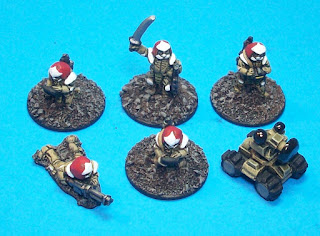 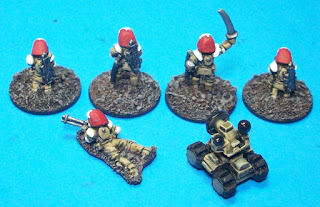 And some GZG SWAT/riot police figs with drone support.  Definitely wasn't watching Ghost In the Shell the night before I painted these, no sir.

Hey, something that isn't from GZG!  Rebased and repainted Dreamblade figure done up as a VERY Nineties superhero/villain cyborg type.  If this guy had some pouches on his clothes I'd have thought he was an early Image character. 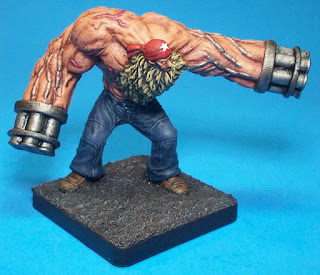 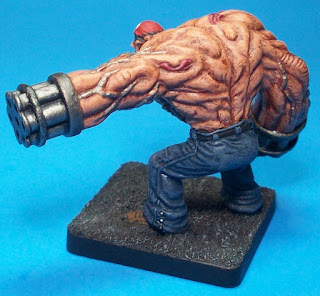 Some figures from the Troll Forged Assimilation: Alien Host Kickstarter.  I seem to have been one of the luckier backers, having actually gotten my minis and only five years or so late.  Others are still waiting as of this writing.  Guess why I no longer support crowdfunding campaigns? 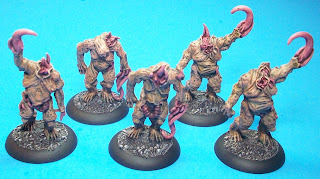 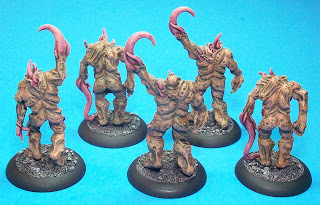 And let's finish the day off with one more lot of GZG figures, this time the heavy EVA suit minis.  These actually predated the Moongrunt range by several years and are single piece castings with a slightly more far-future look.  I painted a lot of Ground Zero Games figs this year.