Three squads of eight soldiers, each squad having a light SAW, a leader figure, and several rifle troopers.  The first squad also includes a smart missile launcher and a specialist with a heavy anti-material rifle for pinpoint sniping work. 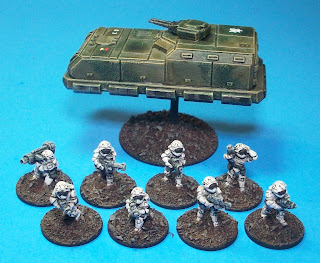 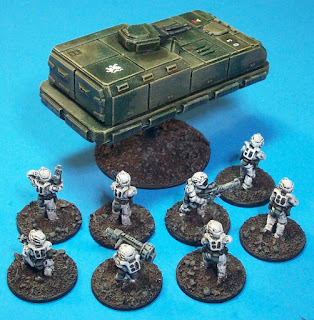 The second and third squads are similar but replace the weapon specialists with direct fire fusion guns for short range anti-armor work and breaching duties.  The DFFGs are also quite good at starting fires, making the sealed, armored,  heat-resistant environmental suits of the marines something of a necessity. 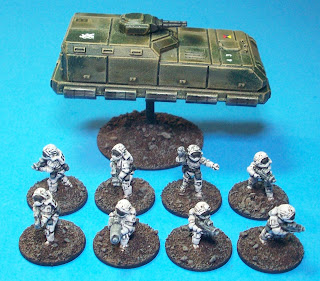 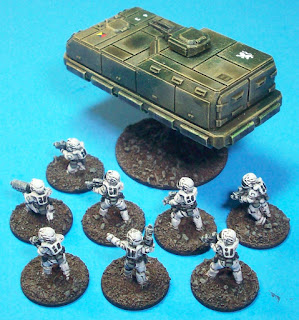 Most marine E-suits are also equipped with a "smart camo" system that allows them to change their coloration from the default off-white with a simple menu selection using their onboard electronics and quick splash of a specialized chemical solution that starts the color shift.  Use of this system is often skipped on by the marines whose reputation on the Frontiers is such that just seeing a unit of the "White Knights" attacking is sometimes enough to break their foes. 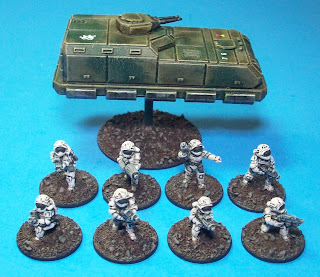 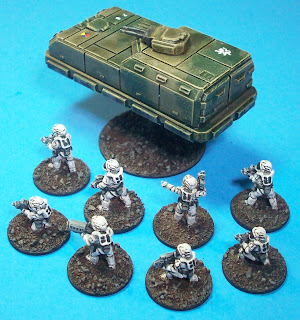 I resisted the temptation to leave all their gear and weapons flat black so they'd look even more like Star Wars stormtroopers, but let me tell you, it wasn't easy.
Posted by Dick McGee at 1:47 PM