Looks like the rest of the convoy's finally arrived.  First up we've got a selection of civilian ships from Ground Zero Games and Brigade Models. 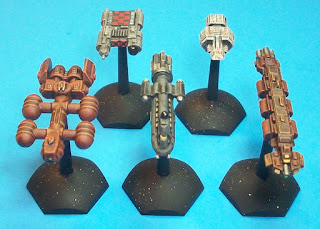 Not all merchantmen are part of a larger corporate fleet, and there are many self-described "free traders" travelling the stars. 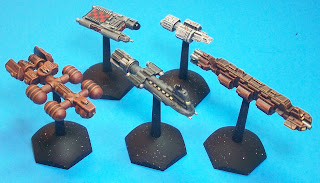 Too small to compete with the megacorporations of the Core Worlds, these entrepreneurs mostly ply their trade in the Outrim frontiers, an area of space that's become increasingly dangerous since the Xeno Wars began. 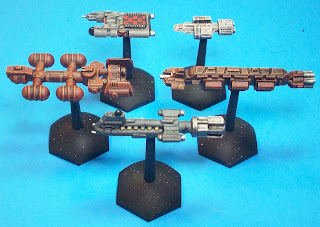 Even the most independent captains have been driven to joining up with convoys for safety in these troubling times, breaking off only for the final leg of their journey to whatever obscure colony world their route ends at. 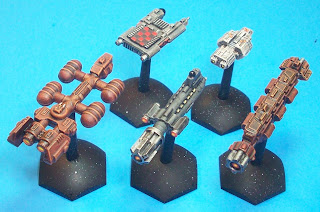 These convoys are invariably escorted by ad-hoc mixes of small military ships from various navies. 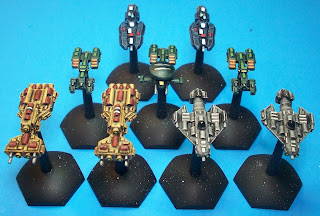 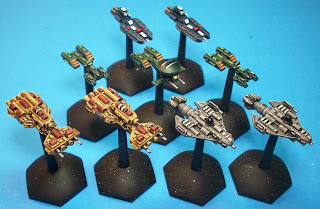 Convoy escorts are generally fast, maneuverable ships with moderate armament rather than heavier fleet elements that would be more useful in front-line battlegroups. 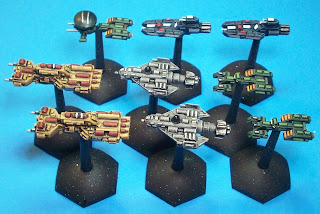 Although better trained and more disciplined than any pirate group, multi-national convoys like this one often suffer from conflicting goals priorities which can leave them at a disadvantage against raiders from a proper military organization. 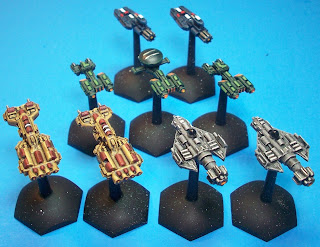 For this reason it's common to see a contingent of UNSC vessels placed in overall command of the convoy, as they're seen to be non-partisan by most parties. 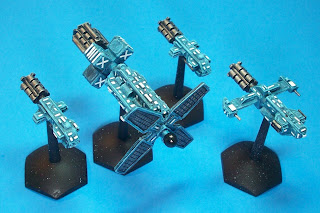