Bit of a rewind today, going back five years to take a look at some of Studio Bergstrom's less-seen miniatures. 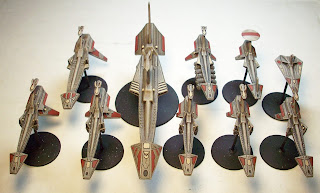 These are a selection of minis from the Gryphon fleet:
https://studiobergstrom.com/index.php?route=product/category&path=64_89 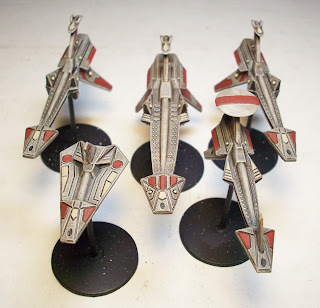 These were sculpted by Shadow Weaver, who some may recognize as one of the bigger contributors over on Starship Combat News back in the day. 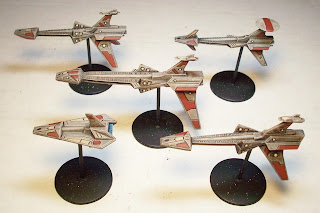 They're manufactured by Studio Bergstrom under license, and have been available for about half  a decade now. 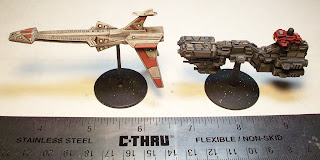 Despite that, I don't see them around much, which is really a shame in my opinion. 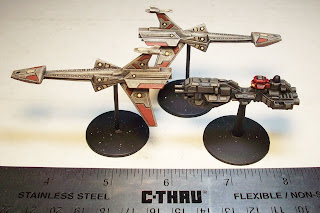 The figures are very nicely detailed and cleverly made. 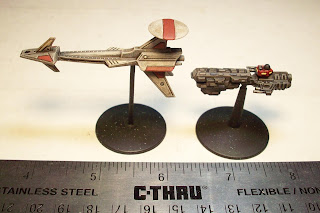 Almost all of them (the corvette below being the sole exception) are multi-part figures with parts that can be swapped around to make a huge variety of configurations. 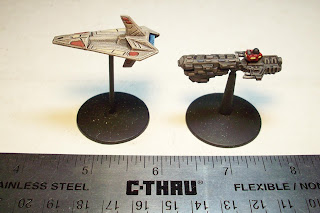 The parts are even sold individually, letting you kitbash to your heart's content:
https://studiobergstrom.com/index.php?route=product/category&path=64_65 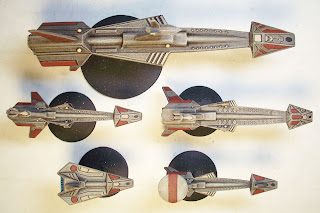 The store is VERY good about describing which parts will fit with which. 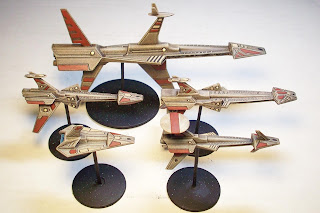 It is considerably less expensive to buy the minis in their pre-set configurations on the main Gryphon fleet page, though. 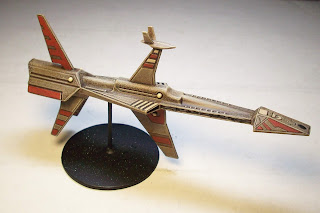 Still, being able to buy parts is a real plus if you just want to do a few minor conversions. 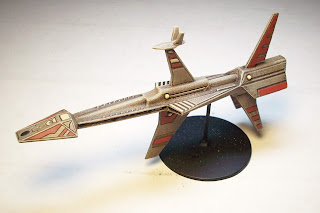 The store doesn't mention it but many of the large fins are reversible, allowing you to mount them either swept back (as in my photos) or swept forward (as the store images show). 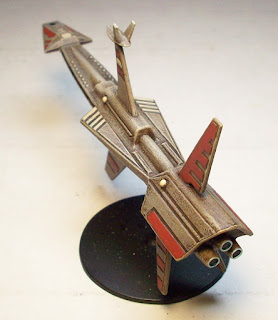 There are a few exceptions to that, but most can be "flipped" in either direction. 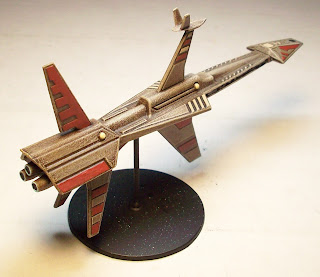 Despite the many fins and separate prows and all, these are quite sturdy models. 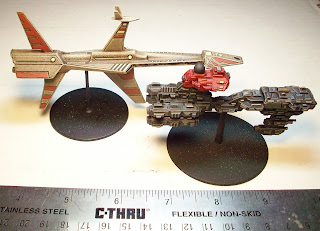 They use a slot-and-tab system for the various bits that make it very easy to assemble everything and gives a much stronger and cleaner fit than I'm used to in starship figs. 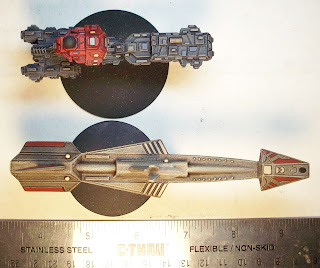 They are fairly heavy though, and pretty good-sized as the various scale shots with rulers and Ground Zero Games NSL ships demonstrate. 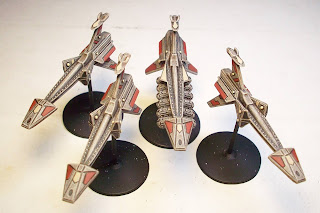 The models in the photos were all mounted on roofing nails, which made the weight a non-issue. 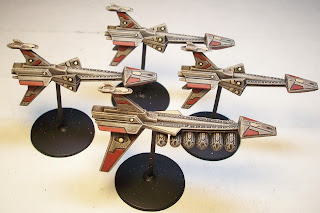 Well, a non-issue for breakage, anyway. 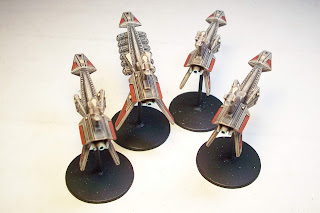 They were still pretty heavy to carry around to games. 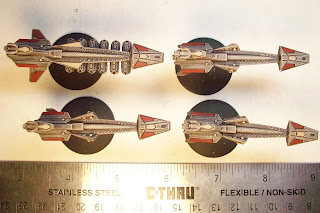 And when I sold them the postage wasn't exactly low.  :) 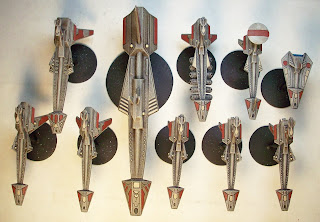 Speaking of selling things, do be sure to check out our new weekly feature, the Items For Sale page:
http://brokenstarsburningships.blogspot.com/2019/03/items-for-sale-saturday-march-23rd-2019.html