Had a recent commission job to paint up one of Ground Zero Games' alien Crusty mecha to match the color scheme of the smaller walkers I showcased back here:
https://brokenstarsburningships.blogspot.com/2018/03/stargrunt-15mm-alien-light-mecha-lance.html 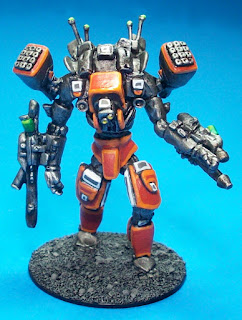 This is a much bigger model, mounted on 40mm washer base here. 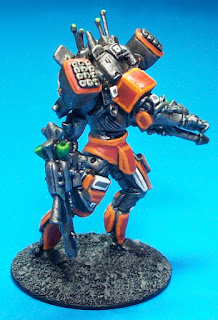 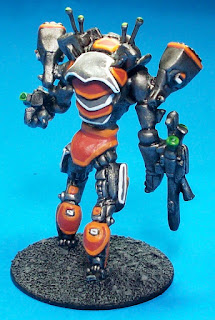 Jon makes a variant set of legs with a different stance, but the other components are identical between the two kits AFAIK. 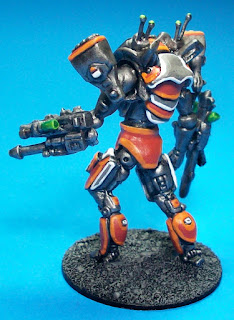 Unlike the smaller mecha there are no extra parts, although you could leave off the missiles pods and antenna clusters if desired. 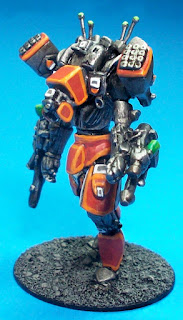 The model mostly together smoothly and is fairly sturdy, the exception being the missile pods. 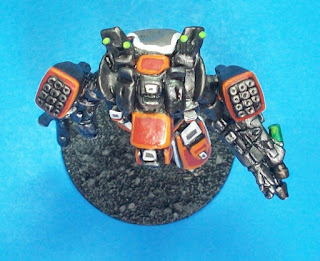 They really don't have a good attachment point on the model due to a fairly shallow socket and short pin, and you're much better off drilling into the main body of the pod and the upper arm and pinning it with wire. 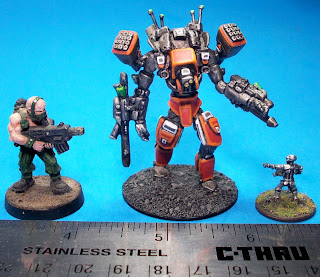 As you can see, at about 60mm tall it's a medium mecha for 15mm, and a pretty hefty combat robot for 28mm use.  Have to love good scale jumpers.