Taking another stroll down memory lane today after stumbling on these old photos from 2012. 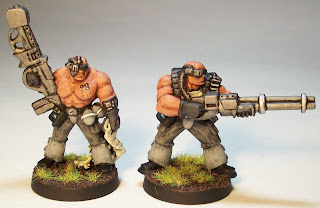 Cybertronic Chasseurs from way back in 1st edition Warzone, including a simple conversion to arm a hero character with an LMG. 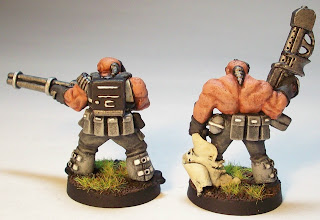 He's also got sculpted battle damage showing off his subdermal armor after being shot in the chest a few times, and is carrying the remains of his tank top sculpted out of some putty. 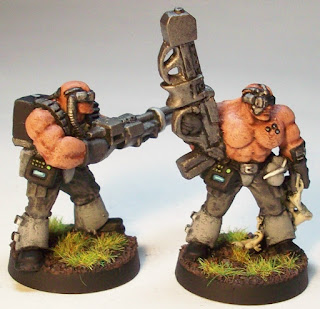 Always liked the look of these guys, and I loved the fact that (despite apparently being nearly unarmored) their cyberware gave them some of the best armor of any model in the game. 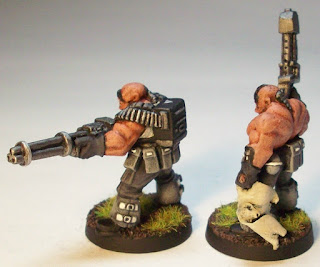 This was the same time period that Games Workshop was going through an obsession with giant oversized novelty hats on almost everyone who didn't have a giant orange Mohawk instead, so a bunch of bald guys was something of a novelty. 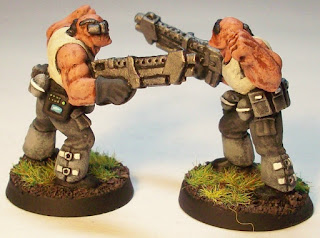 The paint jobs are ancient, but they hold up sort of okay. 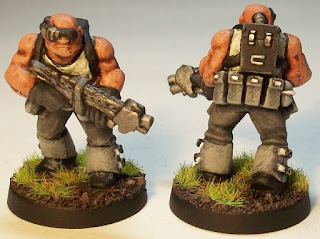 I was deliberately experimenting with a cartoony paint style, hence the black lining and somewhat flat, simplistic colors. 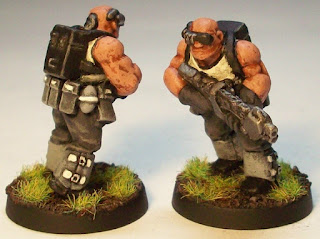 I was using some quite awful paints at this point, and way too fond of drybrushing without unifying washes. 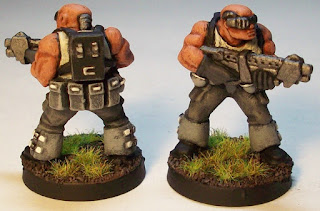 But that was seven years ago now, and they'd still do for basic tabletop use. 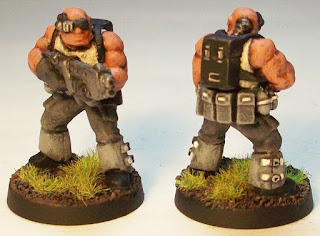 Maybe someday I'll find another batch of them in a trade or sale and take another stab at them to see if I've improved much.