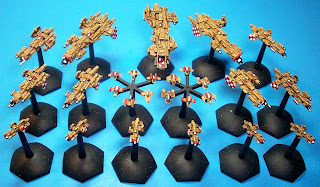 Following up on yesterday's post, today we showcase the Two Queens pirate "family" built from Ground Zero Games' Ravager Rim Pirates range.  You can find these figs (unpainted) at the GZG web store except for the fighters, which are a mix of various GZG and Brigade Models figs. 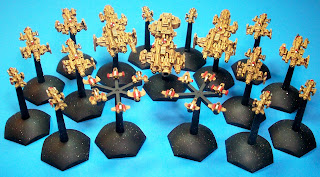 The Two Queens organization was an outlaw raider group that operated throughout parts of the Outer Rim during the Third Solar War and the early stages of the Xeno War.  Their fleet (shown here at its peak strength) clashed with UNSC and IslamaFed patrols on several occasions, resulting in moderate losses on both sides.  Like most "space pirate" groups they had little interest in fighting naval warships, although they were continually hunted by such.

Their preferred targets were merchant freighters outbound for the Rim colonies loaded with manufactured goods, industrial parts, frozen livestock ova, geneered seeds, and similar items.  These were readily sold to newer settlements throughout the Frontier with no questions asked, especially to those left struggling by national sponsors distracted by war efforts.  Two Queens combat ships were built to disable targets without destroying them, and they often relied on "temporarily borrowed" merchant hulls to transport their booty to market rather than using the small cargo bays on board their larger ships.  Some of these prize "delivery" ships were actually returned to their owners (empty of cargo, of course) while others were used once and then broken down for parts. 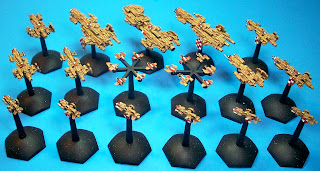 The Two Queens eventually fell afoul of the chaos of the Xeno War, losing ships to Kra'Vak raiders on several occasions and eventually being entirely wiped out while attempting to run a Phalon blockade in the Big Blue Moon system.  Their loss went unmourned by most, although several independent merchant crews credit them with having saved their lives (however unintentionally) from attacking Kra'Vak vessels.  Commerce raiders (alien or not) are not a pirate's friend, after all. 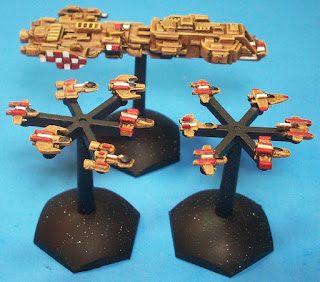 m
qqqqqp
qqqqqp
qqqqq
pqqqp
The Two Queens "family" derived its name from the captains of their two cruiser flagships, Ermalinda Stott and Sinnead O'Mara, the self-described "pirate queens of the spaceways" and two of the most flamboyant criminals ever encountered in the Outer Rim.  Their ships acted as flagships for wolf packs of smaller ships and usually hunted in different systems, linking up only for major convoy assaults or the rare colony raid.  While lightly armed by warship standards, they were very good at disabling merchant quickly and their small cargo capacity allowed them to collect the very best of the loot and evacuate it from the area before reinforcements could arrive. 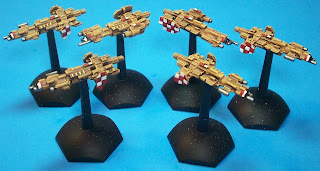 m
qq
pq
q
p
Raider destroyers are typical examples of the output of pirate shipyards, fast, fragile, and aggressively designed.  Their weapons fit is dictated by the need to disable merchants without damaging them badly and they carry just enough conventional weaponry to discourage attacks by other pirates.  They fare poorly against true warships of any size, although they have enough speed to escape most enemies if need be. 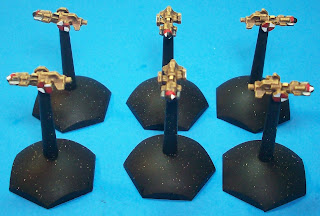 m
p
Strikeships are considered "expendable attrition units" even in conventional militaries and in pirate fleets assignment to one qualifies as outright punishment.  While blindingly fast, they lack durability and their weapons are very light, especially since they really can't afford to close in to use their secondary beam emitters against anything that can still shoot back.  Two Queens strikers were actually under orders never to fire anything but EMP weaponry at a freighter, under penalty of immediate execution.  The secondary guns were a sop to the crew's desire for a "real" gun and a defense against fighters or missile attacks. 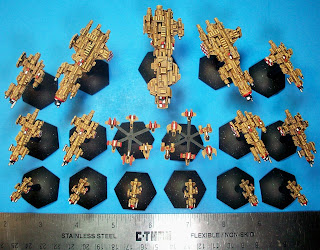