It looks like my final tally for 2019 is 2427 minis painted, using the same metrics as the ones I talked about this time last year:
https://brokenstarsburningships.blogspot.com/2018/12/2018-retrospective-gallery-finale-day-8.html
.  I'd hoped to reach the 3000 mark this year, but several very large 15mm commissions fell through and left me taking more jobs for larger 28mm pieces, which take longer to paint.  Also spent quite a bit of time cleaning up some leftover bits and bobs with a month-long kitbashing frenzy, which didn't speed things up any.  Still, I'm up 641 figs from last year so it's movement in the right direction.
So here's one last page of painted figs from 2019:
I did mention I painted a lot of Ground Zero Games 15mm Crusties, right? 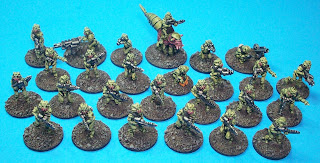 These are the light infantry sculpts, with some groundmount weapons and a scout mounted on a horsebug. 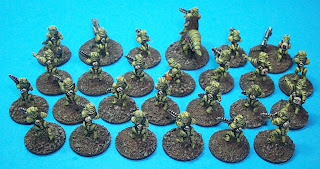 Also a sensor drone to help with lock-ons and EW functions.

Games Workshop plastic fortifications from a few years back. 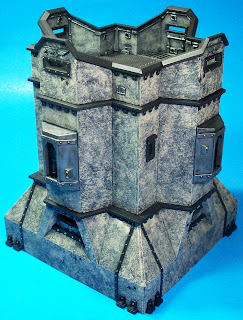 This lot started out as a commission job, but the customer backed out after it was finished due to losing their job. 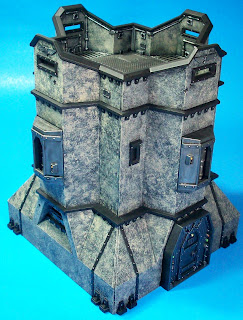 After some negotiation, he elected to just turn the models over to me to pay for the painting costs rather than having me hold them till his financial situation improved.

Turned out the local game store was looking for some more 40K terrain, so I worked out a sale to them.

So that worked out all right in the end, at least the models are getting some table use. 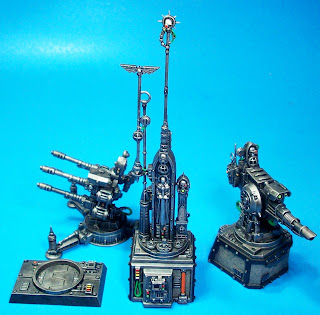 I  also got paid for my time and effort, which is kind of important too. 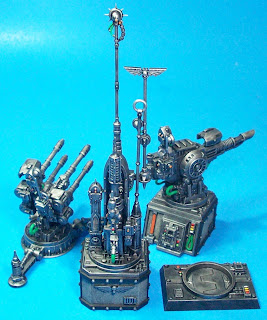 More importantly, I didn't hold on to them long enough to get tempted to buy more 40K figs.  Absolutely addictive, that GW stuff.  :) 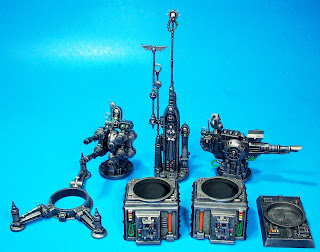 And finishing off this year's retrospective, a small force of the OOP old-sculpt EuroFed starships from Brigade Models. 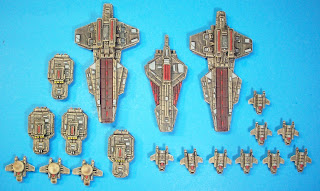 Pretty happy to get a commission to do some of these.

I've done a couple of fleets of the old sculpts in the past, and didn't expect to see any more once they were discontinued. 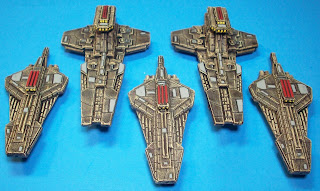 The new ones are quite nice, but these are also a pleasure to paint.

So it was nice to see another crop of them.

Like old home week, or seeing an old friend from high school again.  :)