Poking around some old files and I stumbled across my old pirate fleet.  Long since sold on ebay and a bit dated since they were photographed in 2013 and painted at least a year before that, but still worth a share.  I should really go back and revisit the pirates as a faction, they do lend themselves to creative modeling.  The models are mostly from Ground Zero Games with an extra cruiser kitbashed from the back end of an ESU escort cruiser. 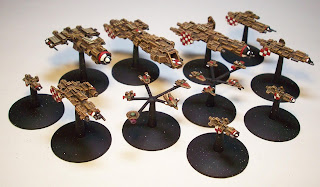 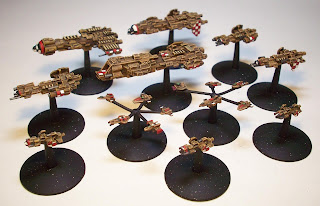 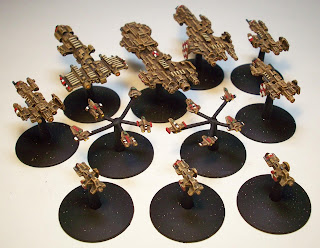 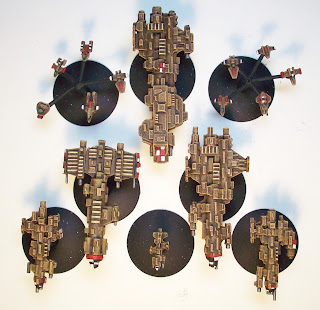 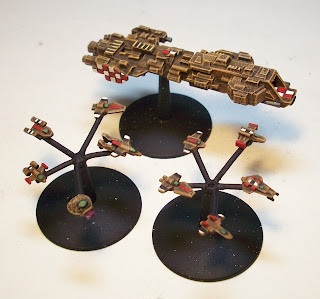 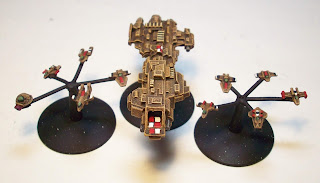 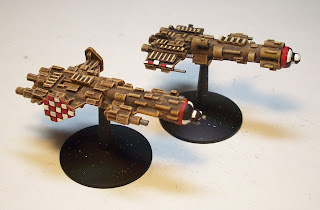 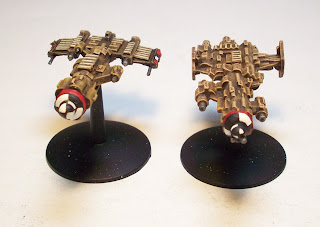 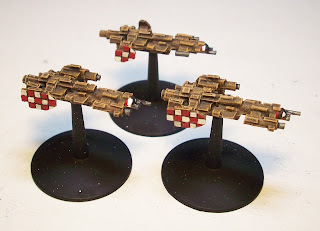 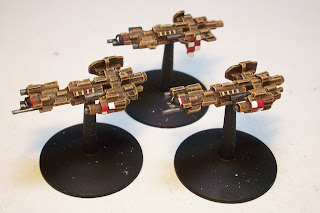 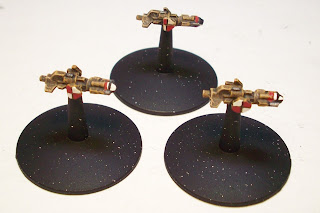 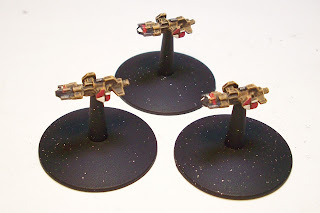