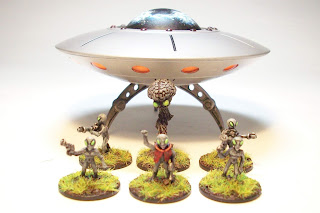 A few years ago I stumbled across Pegasus Hobbies "Alpha Centauri UFO" kit, an extremely affordable model set containing three small saucers with a  rather cartoony style.  The kit is still on sale over at their site here:
http://pegasushobbies.net/catalog/Models-Sci-fi-Model-Kits/c107_47/p67/%239102-1/32-Alpha-centauri-U.F.O&%238217;s-Kit/product_info.html
After taking a look at the components, I quickly decided that they'd serve my purposes much better with non-standard builds, letting me use them as 15mm scale scout saucers with a small crew onboard rather than the single-man designs they were intended for.  This basically called for leaving out the cockpit components, including the pilot, and assembling the domed canopy so it pokes up from within the hull rather than being stuck on top like a Jetsons car.  It's a fairly simple job and leaves you with a variety of interesting bits for other jobs, but it does call for painting in subassemblies before sticking everything together.
I did about fifteen of these over a couple of years, mostly landed versions with crews of various 15mm aliens, or as command post/objective models for larger invasion forces.  You could build them as in flight models with the legs retracted, but I don't seem to have any photos of those.
This was the prototype, seen here with a bunch of Blue Moon aliens and robots. 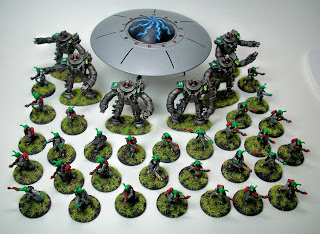 Here's a rusted out hulk from a long-ago crash, surrounded by a slew of Fortress Figures brain worms and parked in a plastic crater - old GW piece, IIRC.. 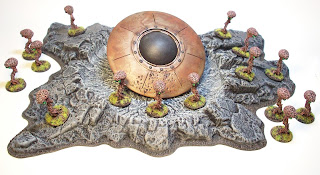 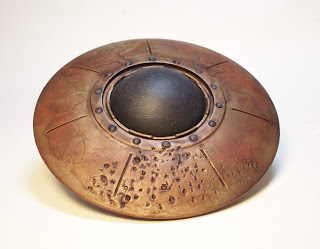 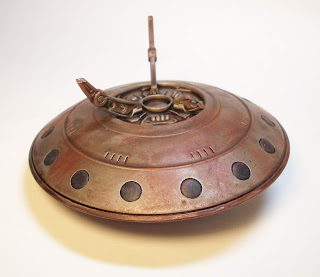 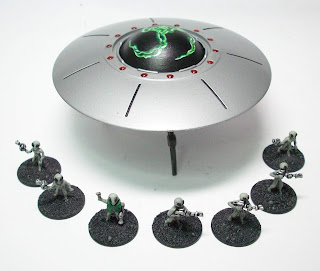 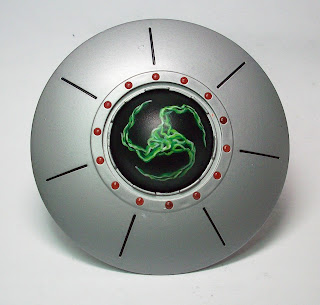 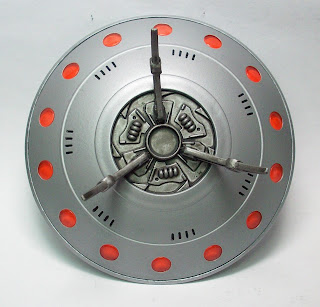 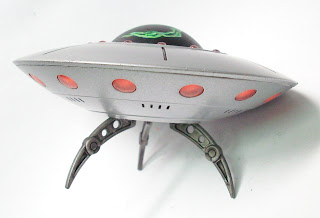 Assembling landed saucers gives you a iris door piece as a leftover bit, which is nice as an entrance to an underground base or opening for a missile silo.  Again, I think that's a GW crater. 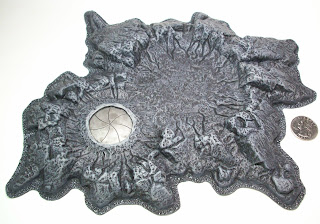 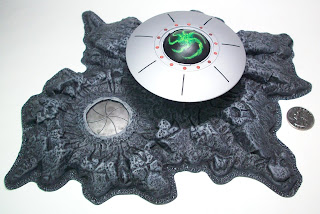 You also wind up with an unused pilot figure, which makes a fine 28mm not-so-little green man.  Little tall for a traditional Gray, unless you're doing 40mm scale Inquistor or something.  This one's had a trivial conversion adding a coil of psychic energy and a slight re-pose to improve the levitating pose.  Can't expect superior alien life forms to actually walk anywhere, can you?
The levitating Martians here are the only figures here I haven't sold off yet.  $10 each and US shipping from US zip 12159 if anyone's interested, first come, first serve as always.  Contact me at impoverishedlackey@gmail.com 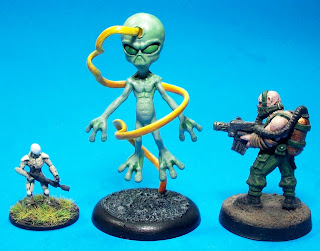 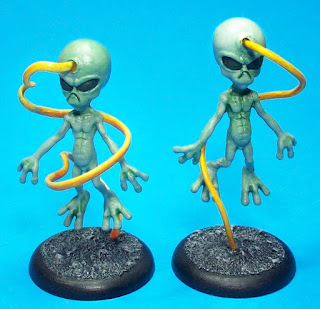 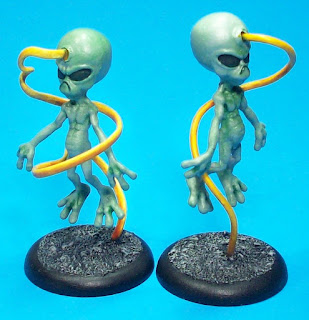 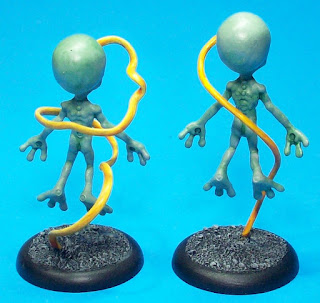 Another more recent crash, with some power still running as you can see from the dulled glowing bits. 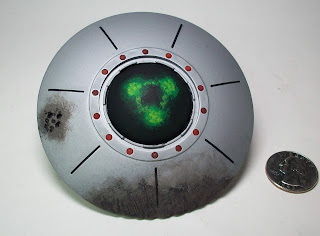 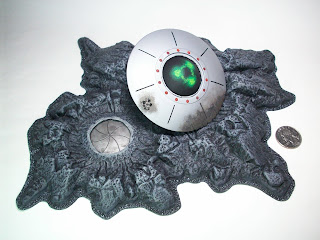 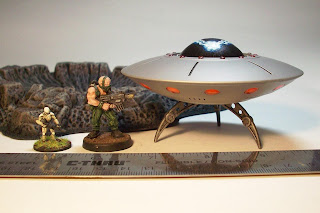 Some of the cockpit detail parts can be bashed together to make your generic glowing alien artifact. 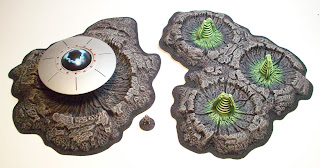 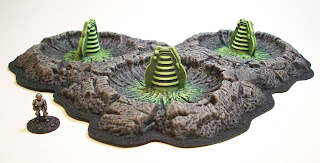 More Fortress Figures brain wyrms, which are either quite large 15mm or smallish 28mm as you desire. 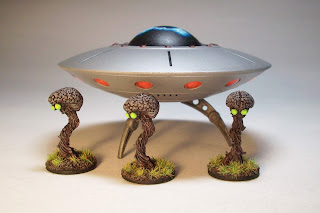 Old Glory/Blue Moon Aquans for crew this time around.  These saucers must be the Model T Ford of the galaxy judging by how many species use them.  Or maybe they're Pintos, given the number of wrecked ones I've done. 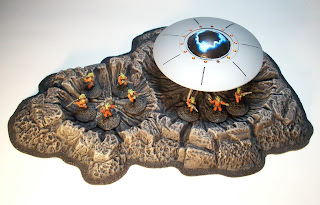 Pegasus also has a larger "Area 51 Suacer" kit, which makes a good 15mm invasion ship once the little guys are done scouting and probing and whatnot.  Only one in a box for these guys, and no leftover parts worth mentioning.  Seen here with Old Glory/Blue Moon Betelgeusans and Old Glory/Superfigs Alien Host robots. 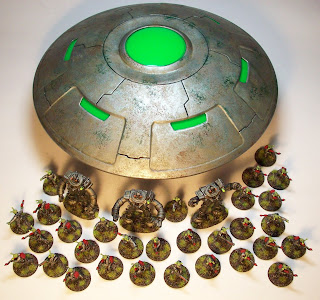 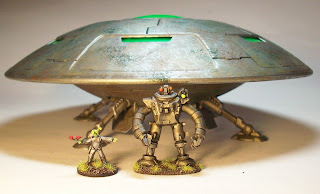