Today's gallery showcases a convoy of tanker starships and their escort vessels. 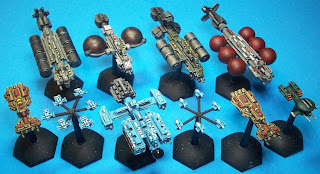 The merchant tankers are a fair cross-section of GZG's large range of civilian starship figs, some with minor customization produced by engine swaps and added cargo modules. 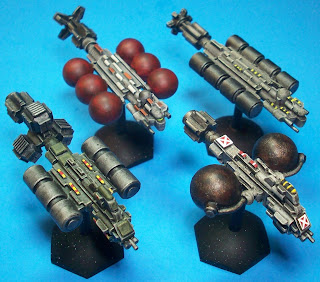 These heavy freighters are all fairly large ships, about the size of a battleship or battlecruiser miniature. 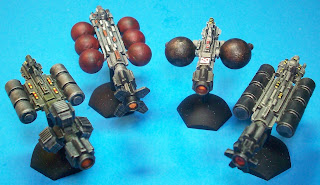 They generally come in four parts - the main hull, two symmetrical cargo bits, and a drive module.  The "modular freighter" kit's box and tank cargo modules (you can see one of the box version toward the rear of the ship in the lower left below) are also compatible with these sculpts. 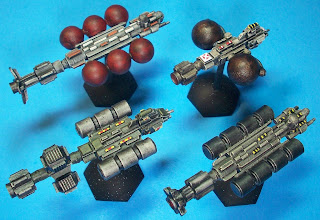 The drives can be swapped around between these two different hull types easily and fit with some other sculpts as well, but the cargo pods are more specific to each hull.  You could fit them to something they're not meant for but it would require some actual conversion work. 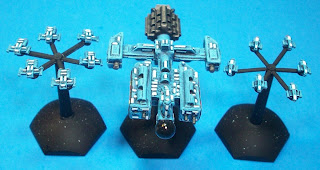 The convoy escort is led by a UNSC Asteroid-class escort carrier, shown here with its small brood of fighters. 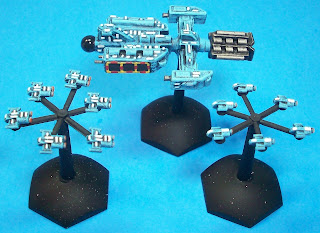 Like the freighters above, this ship comes in several modular parts - forward hull, aft hull (with the outriggers) and engine. 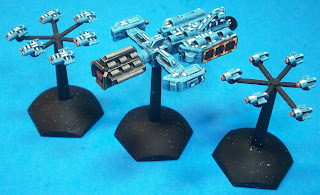 As far as I can tell, all the UNSC engine modules are cross compatible, and they appear to swap with the freighter engines as well.  So lots of potential variety there. 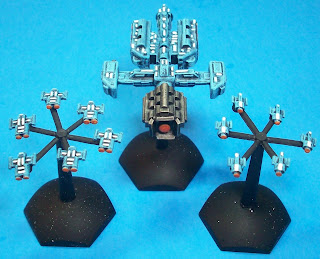 The escort is rounded out with a Shoya-class sensor picket for spotting pirate ambushes and a pair of Free Cal-Tex destroyers for some direct firepower. 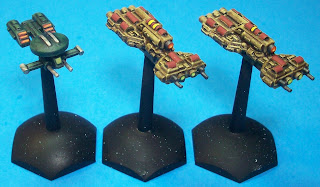 I've always liked the Free Cal-Tex design aesthetic, and it's really a shame they've never gotten more sculpts.  I know they're a very minor power in the Tuffleyverse setting, but you'd think they could build something more than just a destroyer.  Well, there are fighters as well, but no carrier to haul them, so not as useful as they might be. 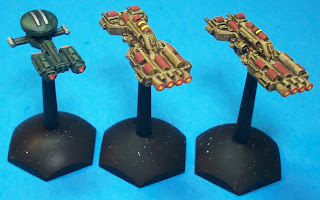