Spartan Games' Tarakians are a "minor ally race" fleet in Firestorm Armada, most noteworthy for using gravitic weaponry and having some of the chunkiest ship minis in the whole range.  Like all Spartan Games figs, they tend to be rather large by industry standards, with the battleship being almost 6" prow to stern and even the "tiny" frigates close to 2" long. 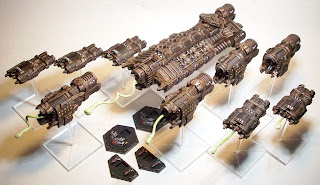 The large size of the minis encouraged me to try some conversion work on the models, adding "special effects" in the form of active grav tether weapons fire.  These were built out of wire-cored Plastruct tubing bent to shape and dressed up a bit. 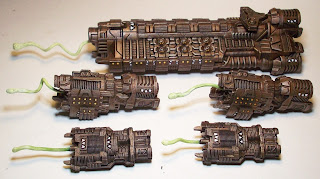 Given the way grav weapons work in Firestorm, I figure the image of a wildly-twisting energy beam reaching out to the target and then either pushing it away ("Grav tether to ram mode!"), pulling it in ("Snare mode!), or just scoring damage through shearing force ("Lash mode, fire!) fits pretty well.  Coincidentally, they also make nice plasma bolts, which brings us to the Full Thrust part of this post. 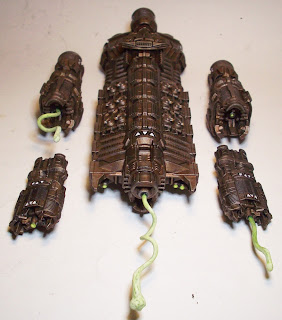 I haven't seen anyone stat Tarakians out for use in other games, so here's a stab at covering them under the Full Thrust/Fleet Book 1 & 2 rules from Ground Zero Games,  which are available as free downloads here:

The models themselves are available from Spartan Games site here: 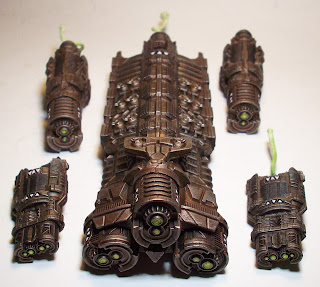 I'm not even trying to recreate their Firestorm Aramada performance (which is kind of odd even in that rules set) and have instead built them using the Phalon tech tree (just the weapons and Shroud, really) from FB2.  Also stealing the "rotated" Beta orientation firing arcs from Full Thrust Continuum for the pulser weaponry, although the plasma bolts are still using the standard FB arcs - see page 3 over here:
https://emeraldcoastskunkworks.files.wordpress.com/2014/09/full-thrust-cross-dimension-continuum-2-0-01-with-page-numbers1.pdf

The Full Thrust Tarakians have a very limited range of ship classes, all of which are much larger than canonical GZG ships of the same class.  They rely heavily on plasma bolts for offense, with the larger classes carrying pulser weaponry as backups and limited point defense.  Their ships are more than a bit lacking in point defense and will struggle against missiles and fighters, and they need to time their shroud usage carefully against other plasma bolt users and antimatter torps.  Expensive and generally outnumbered against most published fleets, they're still a good way to practice your placed weaponry tactics. 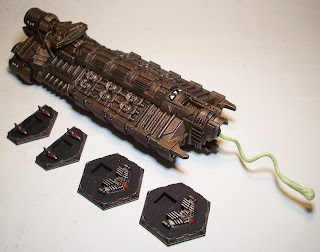 The largest Tarakian ship class, this monstrosity does it all.  Massive plasma bolt capacity, heavy pulser coverage everywhere, fighter support, and a hull that just sucks up damage.  They are too massive to gain benefits from a shroud system and rely on maneuver, fighter escorts, and massive PD fire to for bolt and missile defense.

Ye gods, I'd forgotten how much I hated doing control sheets for superships like this.  :) 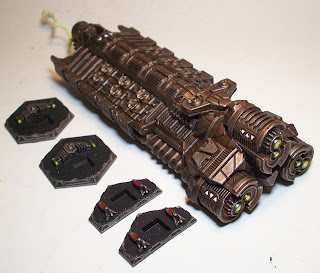 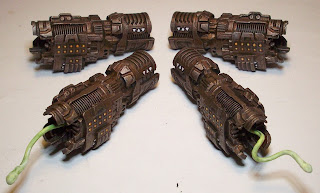 As big as most battleships, the Rulak class are the main warships of a Tarakian fleet.  They carry a plasma bolt system that can either pump out two shots almost simultaneously (followed by a lengthy recharge cycle) or maintain sustained single-bolt fire indefinitely.  These are backed up an array of narrow-arc pulsers that are normally tuned to close range fire, making them utterly lethal in close passes.  Equipped with "shroud" jamming systems, they can mitigate a great deal of incoming damage at the cost of offense, which helps them survive when recharging after a "maximum effort" plasma launch. 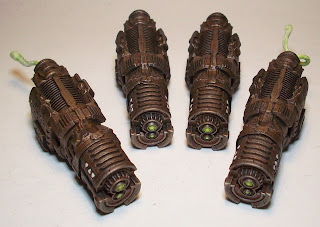 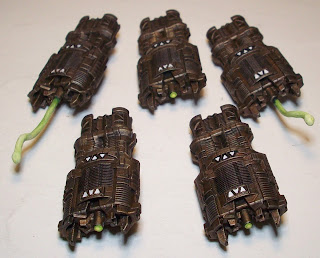 The smallest Tarakian ships are still as big as most cruisers, but they're clearly built more as very large strikeboats than anything else.  Their only weaponry consists of a plasma bolt array identical to the one mounted by the much larger Rulak class along with similar shroud jammers.  Most commonly used to add plasma throw weight to a task force, they are almost never seen operating independently of their larger cousins. 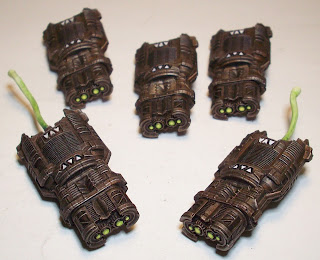 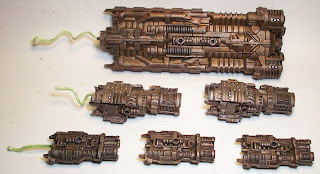