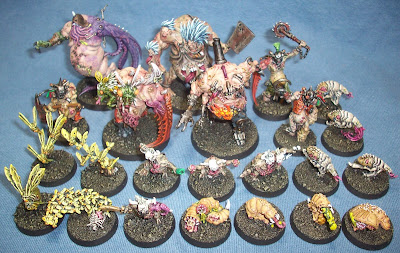 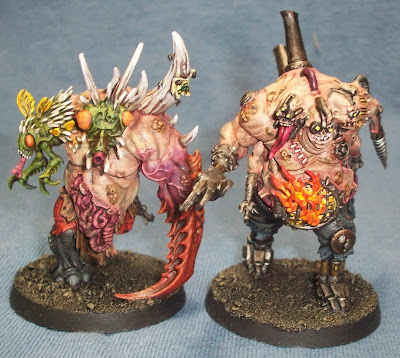 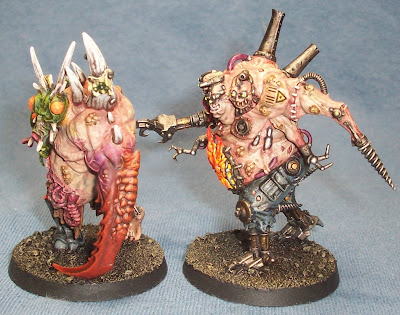 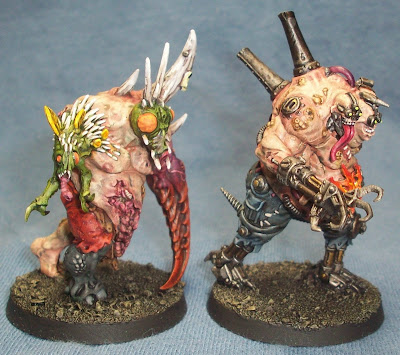 They'd make very good Chaos Spawn proxies themselves, although you'd want to stick them on 50mm bases for that role 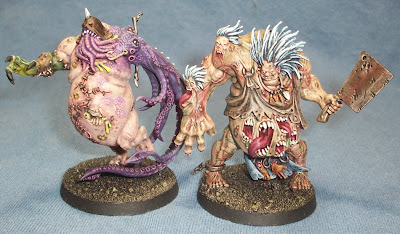 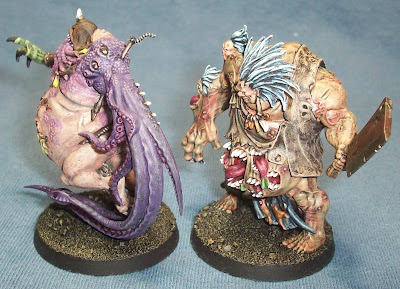 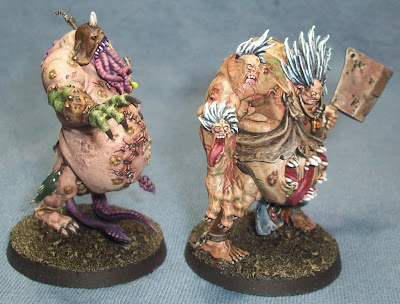 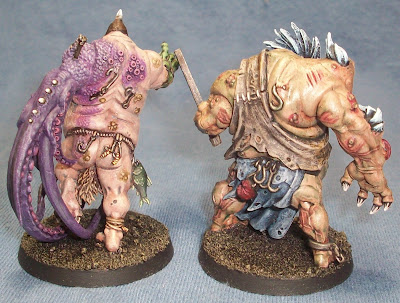 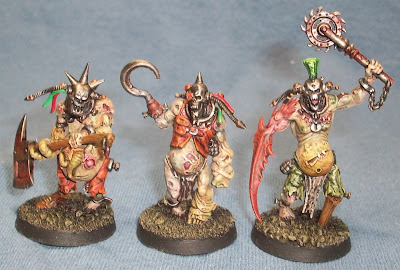 25mm bases, and roughly man-sized by the dubious standards of Games Workshop 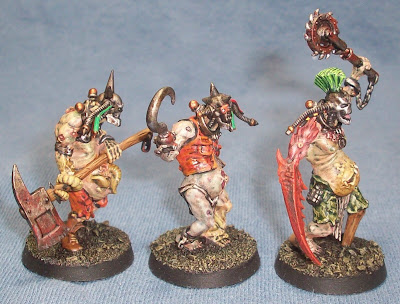 The drawback to that is extremely limited modularity, they require surgery for even minor conversions 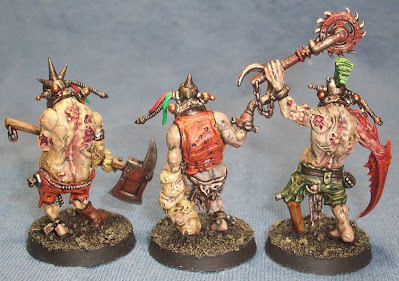 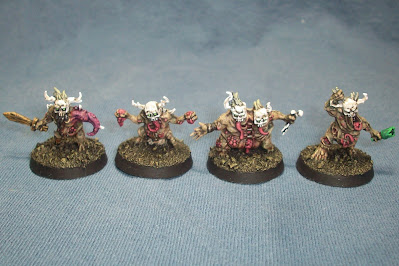 25mm bases and single piece models, as are the rest of the figures from here on 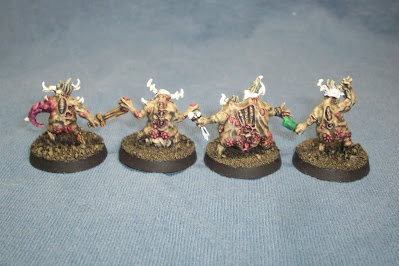 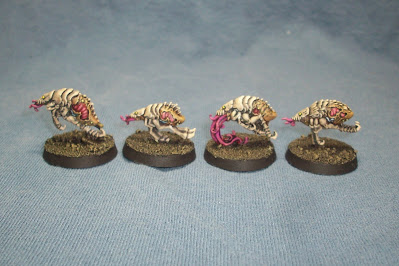 Could easily be mixed into a Tyrnaid ripper swarm base, or used for Necromunda wildlife 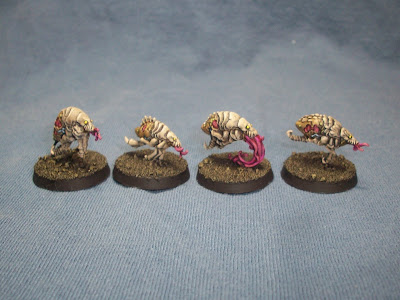 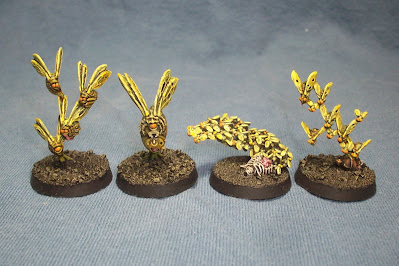 How the big singleton fly is a swarm is beyond me, but it does make a great familiar to add to a Chaos sorcerer or demon prince 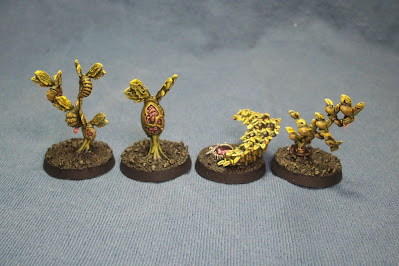 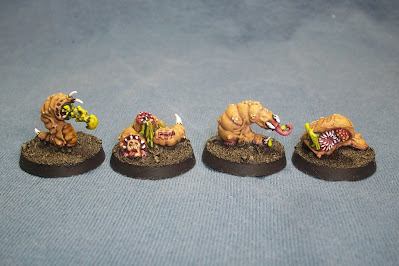 Another fine example of Necromundan fauna 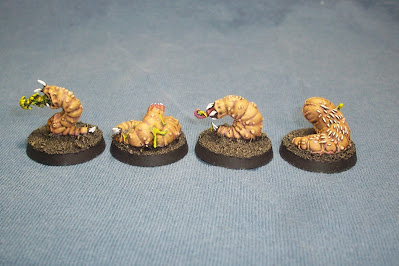