Finished up the last of my female wizards from Frostgrave, although I still have a  vast supply of leftover bits that will no doubt make an appearance on other models in the future. 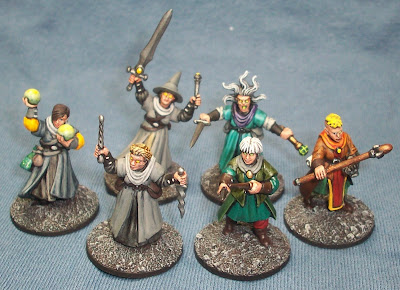 Four are the usual dynamic duos of wizard and apprentice. 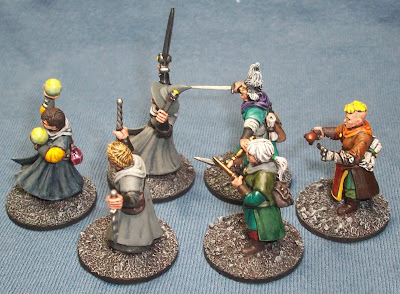 Broke with the pattern on the last two. 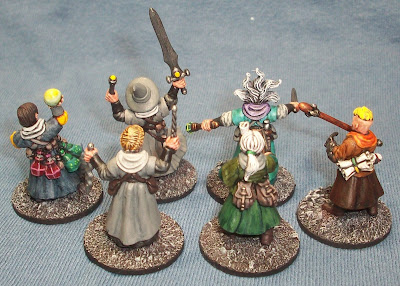 The woman on the far left might be a wizard, but I was thinking more of an alchemist by way of being a chemical warfare expert loaded down with flasks and bottles and glass globes full of mysterious substances. 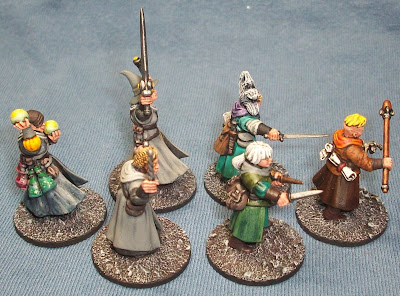 Built and painted these with an eye toward simplicity, which came out just the way I envisioned it. Bit of a Gandalf the Gray vibe going on with them, and they're generic enough to serve as members of almost any school of wizardry. 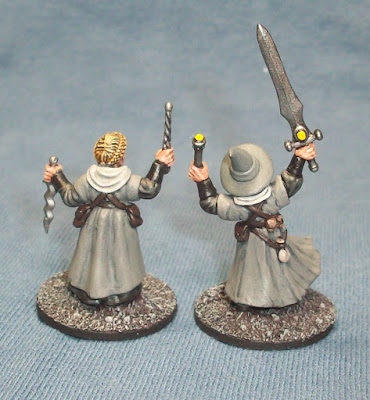 These two use a much more colorful palette, and I'm quite happy with the way the white hair stands out here. 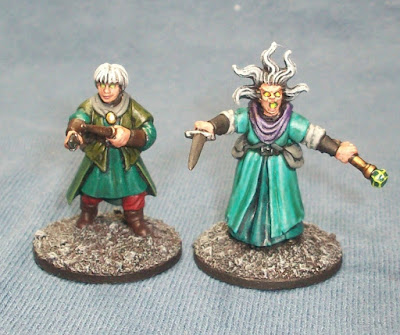 They're also quite a bit more heavily laden than the Gray Ladies, but still pretty all-purpose in term of school. 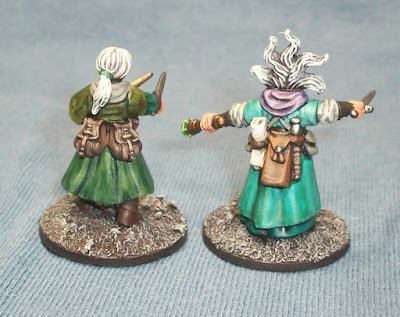 These last two are the oddballs of the group, and the alchemist is my favorite of the lot.  I imagine she's got a mix of poisonous and knockout gasses, semi-magical acidic solvents, and probably some kind pyrotechnic chemical making things go boom. 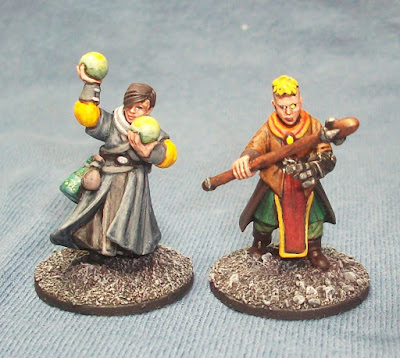 The other gal is a conversion that uses a spare head and arms (one of them bionic) from the Wargames Atlantic Cannon Fodder frame.  The left arm is a mechanical replacement for a lost limb (thanks to the new rules in Fireheart) while the right has had a hand holding a copper staff (because channeling electricity seems like an artificer kind of thing) from the Frostgrave kit swapped on.  The bracer on the arm makes that sort of thing much easier since you have a good place to cut without leaving having to repair any damage to the clothing.  The parts are a pretty good fit despite being from different companies. 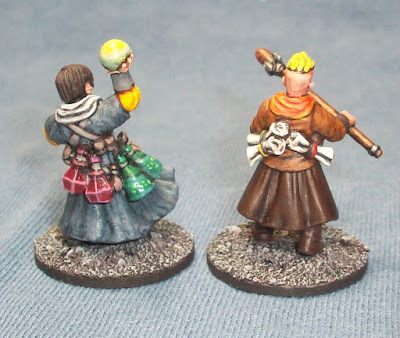 Been rather ill lately and I find the Frostgrave (and Stargrave) models make a nice, relaxing project to work on while I'm trying to stay upright.  Sadly I'm pretty much out at this point (aside from parts, so many parts) and the local store is doing a terrible job stocking the ranges, so I'm going to have to find something else to work on the next time I need some "just messing around" figs.
Pity, I was hoping to get some of the demons and gnolls and the female Stargrave kits and...well, the list goes on where those two games are concerned.  Some of the best plastic minis ever made and a pleasure to work on.
Posted by Dick McGee at 3:33 PM