Old Glory has a fair-sized range of 15mm scifi figures sold through their Blue Moon line, most of which have been around for almost a decade now.  They're well-made, have  a lot of sculpt variants per pack (generally ten out of ten unique poses, sometimes less), and are remarkably inexpensive if you're an Old Glory Army member.  Despite that, I don't see very many painted images of them online.  So I've gone digging through my old image files and dragged out some examples for a photo gallery post.  You'll have to excuse the wretched quality of some of the images, but they date back to 2011 in some cases and not exactly up to current standards.
You can see the Old Glory web store listings here:
https://www.oldglory25s.com/index.php?page=1&cat_id=1031
Mix of Universalist Command (who are definitely not 15mm Eldar), Robot Legionnaires, Robot Legion Skirmishers, and Robot Legion Striders 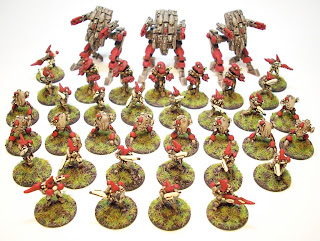 Only one of the Robot Legionnaires 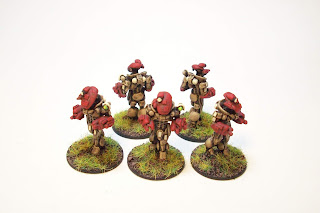 And I think three of the Velon Skirmishers

Five sculpts of the Nevis

Ten poses of Nova Patrol, who are also rather pulp scifi styled 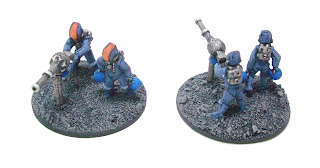 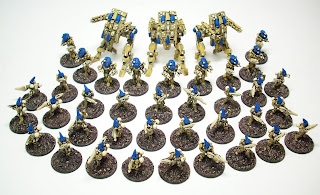 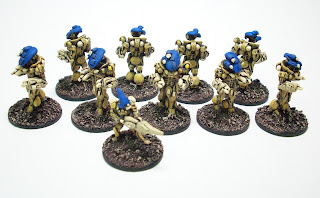 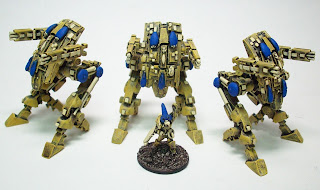 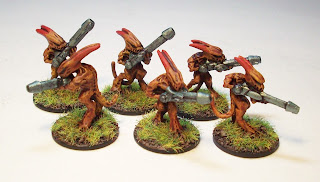 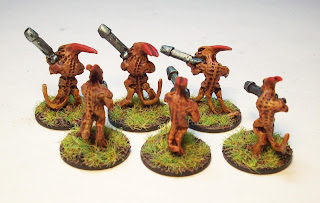 Ten poses of Aquans, who also make good Star Wars Rodians if you paint them green-skinned 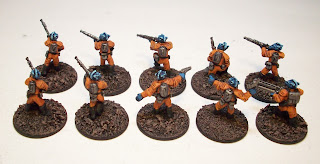 Six sculpts for the Twanax, which are the other six-figure pack and much bigger than man-sized

Back to the Averums again, only five sculpts but you get two of each 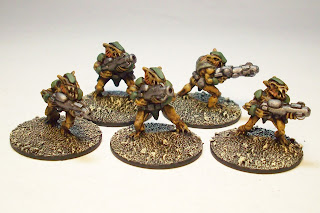 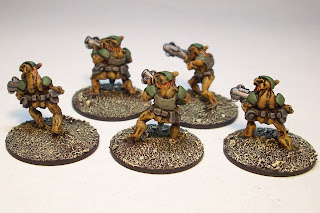 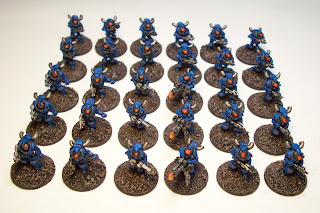 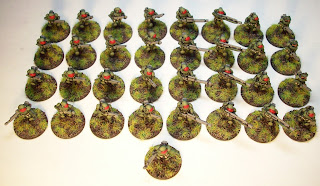 Fereen with Orbs, I believ there are only five infantry sculpts but the two drones also come in the pack, making a total of twelve figures despite what the store page claims

More Fereen, this time two sculpts mounted on huge Goranax, these are single-piece castings on 1" washers in the photo 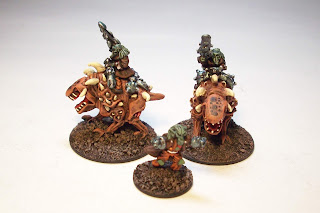 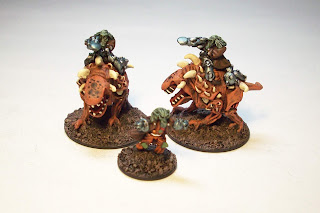 There are a fair number of codes I don't have passable photos for.  Maybe I'll get around to fixing that some day.