Gallery showing off a few painted plastic figures from WizKids' plastic D&D range.  The plastic is fairly soft, firmer than Reaper's original Bones material but less so than the later Bones USA formulation.  You couldn't pay me to paint human-sized figs with spindly, super-flexible weapons, but on chunkier monsters like these it's acceptable.  Neither expensive nor cheap for what they are, although the amount all newer soft plastics have gone up in the last few years is appalling.  Not as bad as the increase in costs for metals, but it's gotten to the point where hard plastic figs are frequently cheaper and much more pleasant to work with.
Group shot with a Frostgrave soldier for size comparison.  All of the bases have been at least slightly customized. 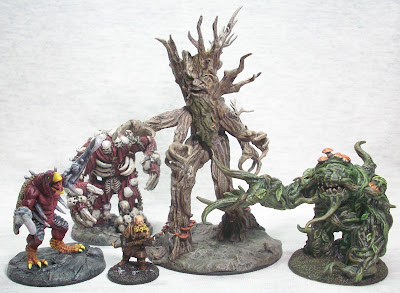 Hook Horror, one of many D&D monsters who's look has changed enormously over the years. 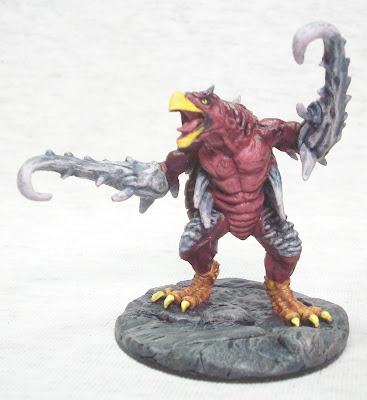 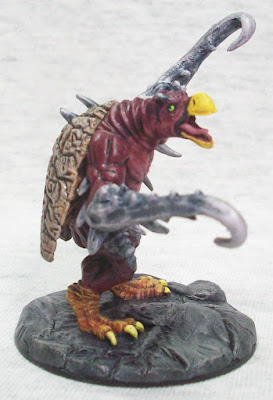 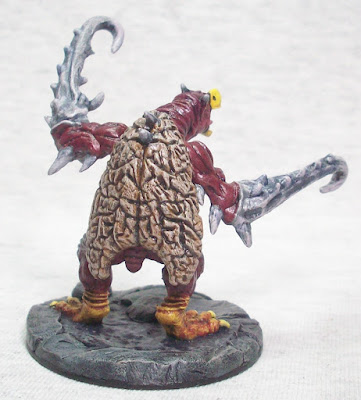 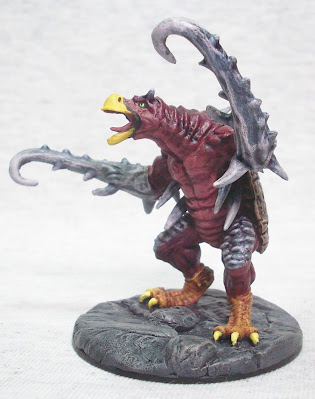 Bone Golem, not to be confused with the earlier (and much bonier) bone golem from their old Mage Knight range. 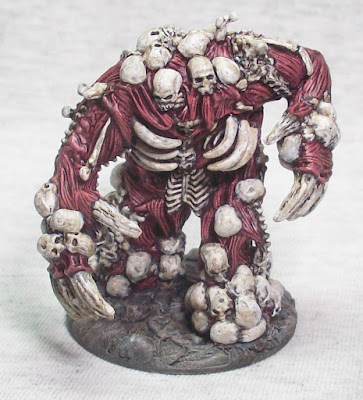 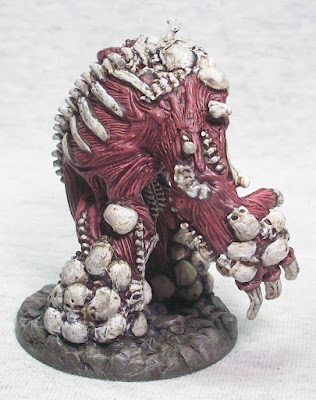 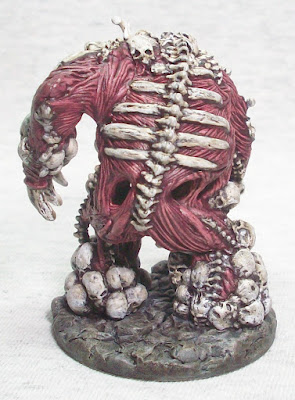 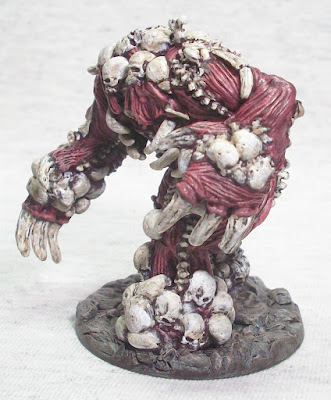 A rather non-traditional Treeman.  A very large model and I rather like the extra arms and shelf fungus, but the flat-topped "stump" head looks a little odd to me. 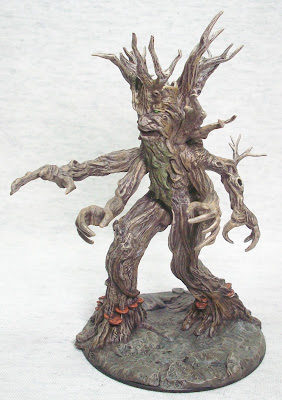 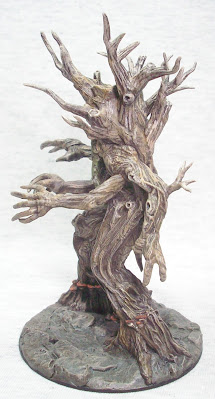 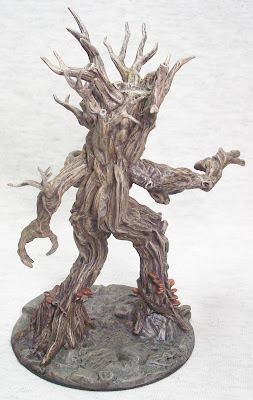 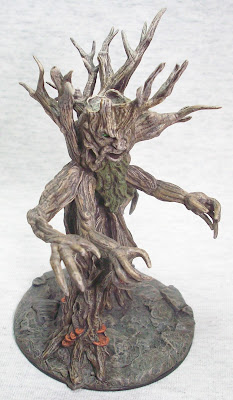 Shambling Mound, another classic D&D creature that's constantly being re-imagined from one art director to the next.  Quite like the fungus. 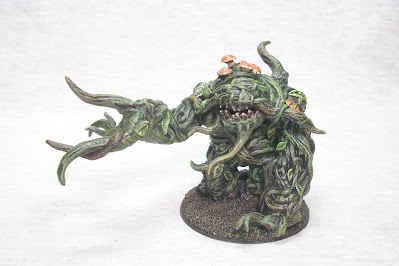 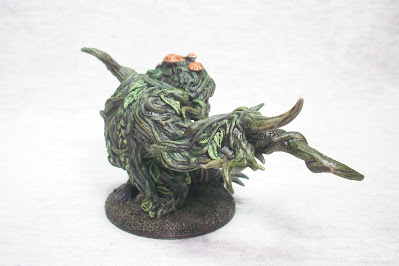 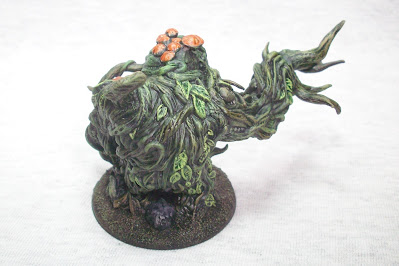 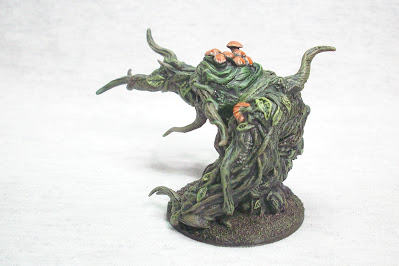