Frostgrave: A Conclave of Wizards

Here's a set of spellcasters for the game, all built using components from the Wizards 1 & 2 sets plus a few Cultist bodies for the necromancers.  Wonderfully versatile kits here, with an amazing number of build options.  I think my only complaint is how difficult it is to choose which of the many characterful heads to use.  The ones here represent less than half of the overall possibilities. 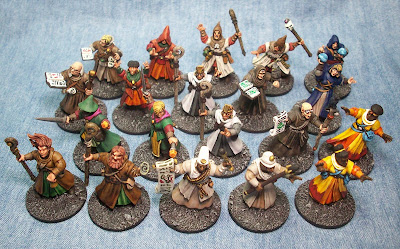 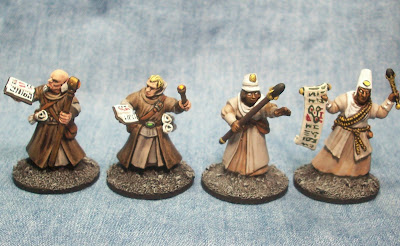 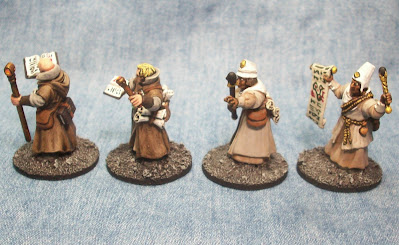 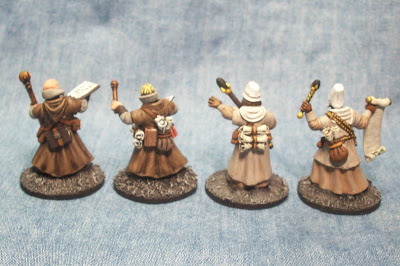 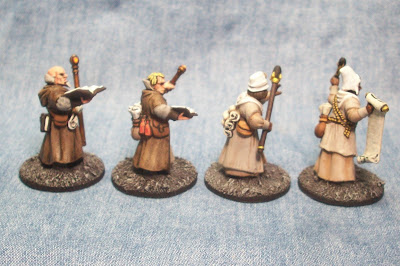 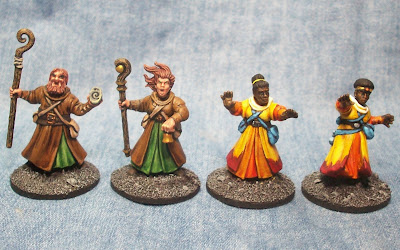 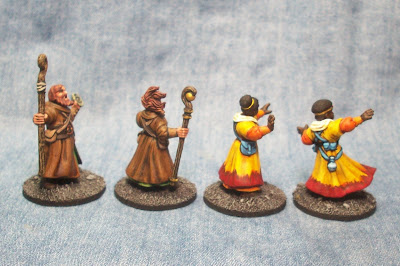 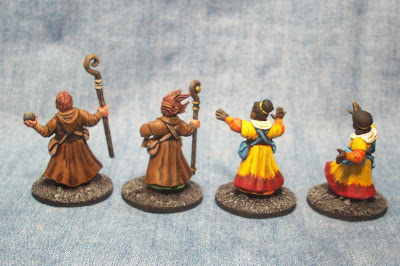 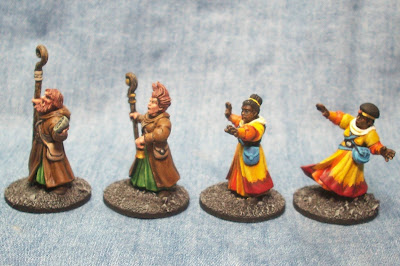 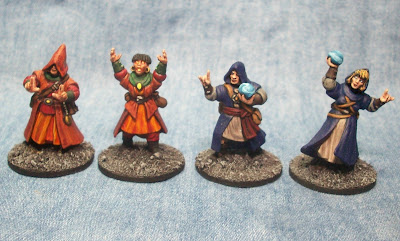 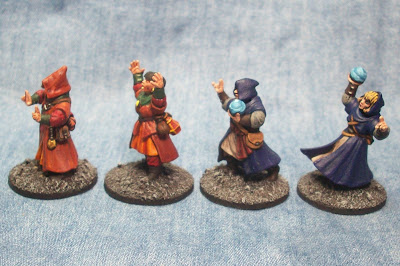 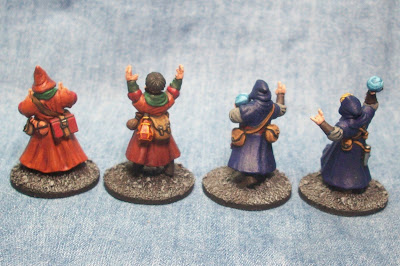 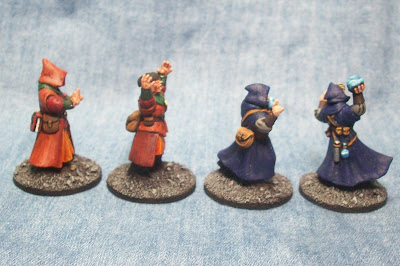 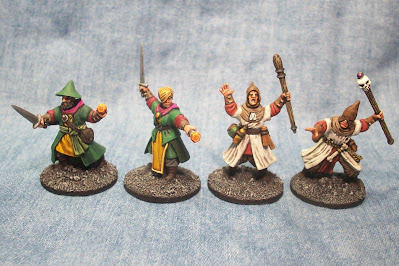 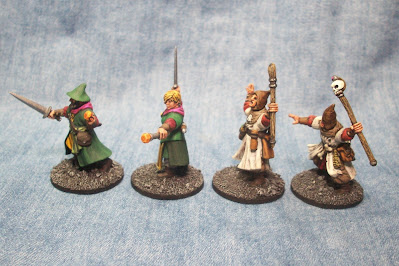 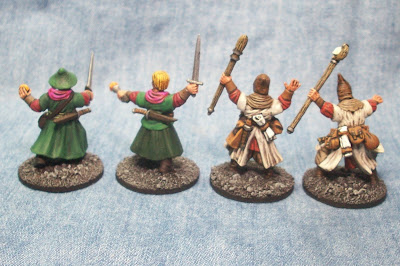 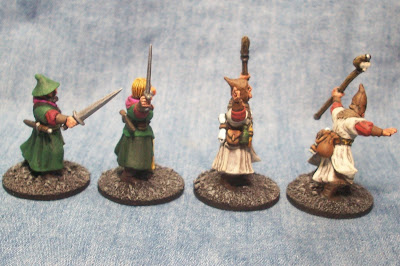 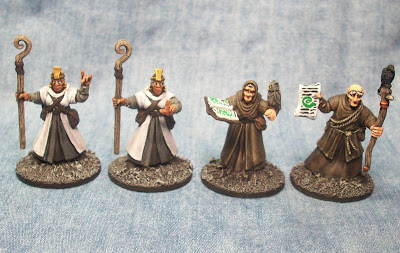 That's Chronomancer, singular, hence the minis being built and painted identically except for slight differences in posing.  There's only one spellcaster there, but she's duplicated herself by drawing on two timelines at once, one running slightly ahead of the other.  The "wizard" version is a bit ahead of Felstad Mean Time while the "apprentice" is a bit behind. 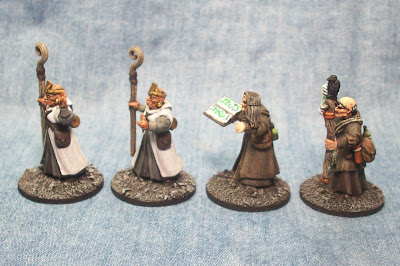 Also doubles as a pair of Thaumaturges from an arcane order that encourages its practitioners to adopt the appearance of the founding saint they venerate and draw power from.  Easy enough to make everyone look alike with a bit of magical assistance, and it helps confuse and dismay the demons they confront. 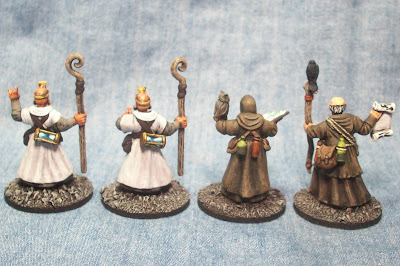 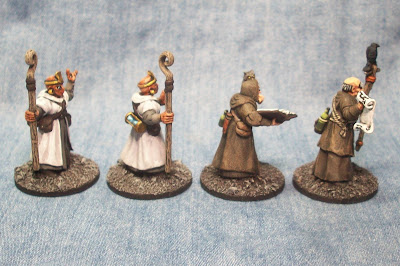