Today's post is the last of my recent Dropfleet Commander "space station" builds (although this one's intended to be a spaceship), the rest of which can be seen here:
https://brokenstarsburningships.blogspot.com/2017/07/dropfleet-commander-space-sation-builds.html 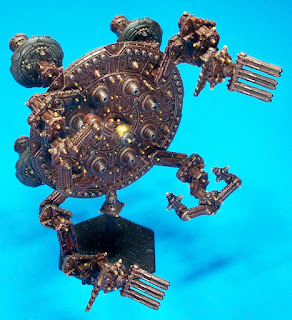 This is by far the most elaborate build I've done using the station kit parts, although the Anathema Imperialis at the link uses about the same number of actual parts.
https://brokenstarsburningships.blogspot.com/2019/06/battlefleet-gothic-anathema-imperialis.html 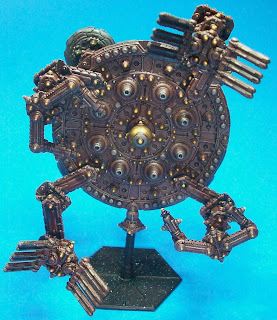 Intended for use as an Alchemist-class Industrial Synthesizer Ship, the vessel is an mobile industrial platform mated with a collection array capable of gathering raw materials from gas & dust clouds, planetary atmospheres, small asteroids, and spacecraft wreckage. 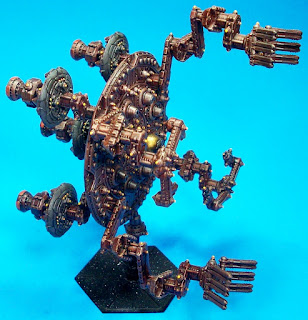 To this end she's equipped with four positionable gantry arms.  Two are tipped with gravitic field manipulators that can do everything from moving space debris and planetoids or drawing cyclonic streams of gases from nebulae or the upper layers of gas giants for processing.  The other two are equipped with large-scale molecular fuser/cutter beam emitters used for carving up asteroids and space hulks or final assembly of extruded material from the molecular forges studding the main hull. 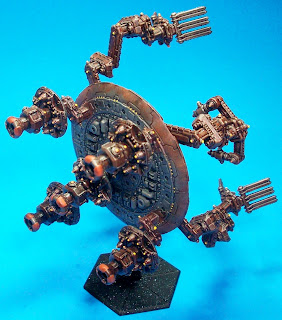 Propulsion is provided by five separate drive nacelles, four of which use the same positionable gantry system as the forward "tool" arms.  The central "fixed" nacelle also incorporates the ship's main conn and command deck, as well as many of the crew quarters. 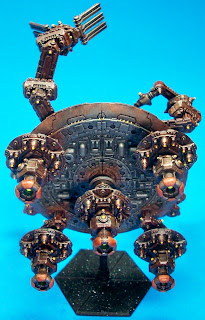 This particular ship is the Albertus Magnus and is one of the oldest (and possibly last) examples of the class.  Originally in service with NuChemCo Incorporated, during the Scourge Invasion she helped evacuate fleeing civilians from Sol System's outer reaches and was gratefully received into the provisional refugee fleets that eventually became the core of the Resistance. 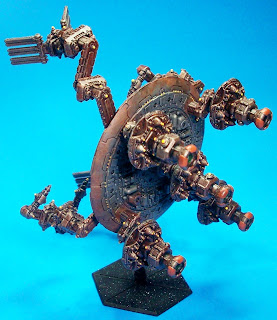 The vessel's obvious utility for spacecraft maintenance, repair, and even construction let her captain retain a large degree of independence over the ensuing years, trading services for what few supplies she was incapable of synthesizing herself, as well as trained crewmen and protection from other Resistance factions unwilling to respect the ship's autonomy.   Even 150 years later the "Big Al" is technically independent, although she is cooperating with several Resistance sub-fleets. 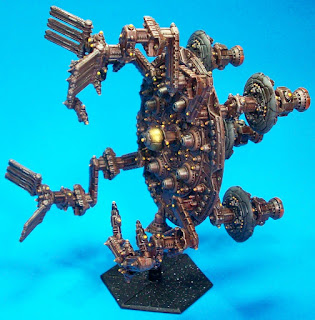 More than two centuries in service has left the ship a bit worse for wear, but most of the wear is purely cosmetic.  Her hull plates are heavily scored from micrometeor and debris impacts, as well as being corroded by decades of exposure to the haze of chemicals she's surrounded in during synthesis operations. 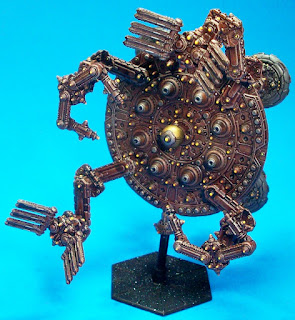 Technically unarmed, none of the generations of ship's crews have opted to retrofit actual weaponry to the original design.  Instead, they rely on neutrality, utility, and thankful allies for most of their protection.  This isn't to say they're defenseless by any means though. 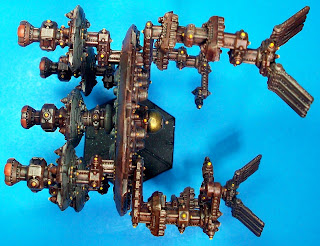 Many of the ship's industrial mechanisms are capable of inflicting serious damage to an unwary buccaneer, and creative use of grav manipulators, synthesized chemical explosives and molecular acids, and close-in cutting beams have resulted in more than one attacker being rendered into wreckage.  Wreckage which is, of course, promptly and efficiently salvaged.  Depending on how egregious the attack was, sometimes the surviving pirate crew is even recovered beforehand. 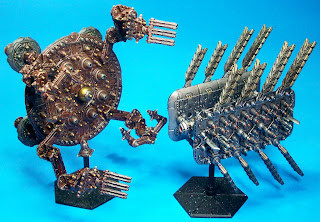 As you can see, the ship's a big one.  The metal 2" hex bases are from Ground Zero Games, as is the Japanese heavy carrier pictured below. 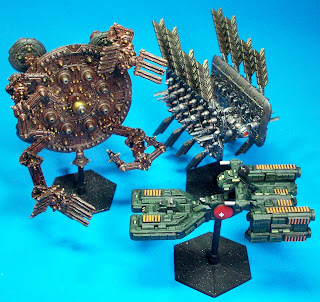