Back in 2015-2016 I painted and sold a bunch of starship terrain, put together from the rounded ends of a bunch of plastic Easter eggs.  The sizes varied quite a bit, from an inch or two in diameter to over a foot.  The pieces had added detailing texture in the form of clouds and continents rather than painting them on over bare plastic, using a mix of superglue, putty, and sand.  They're not the fanciest things ever and were wore time-consuming than they should have been (although my speed picked up with practice) but overall I was pretty happy with the way they came out and they sold for adequate prices.  Maybe I'll get around to doing more one of these days although I'll need to restock on parts during the post-Easter craft store sales.
The images below are a fair sampling of my output.
UPDATE 2020:  There's now a Part 2 to this, with my area terrain "flats" showcased:
https://brokenstarsburningships.blogspot.com/2020/01/starship-terrain-part-2-battlefleet.html
One of the mid-sized pieces, a star about 6" in diameter. 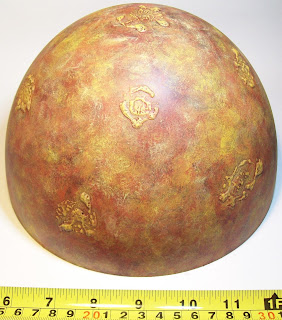 And some planets to go with it, before I registered on the fact that terminators are a thing. 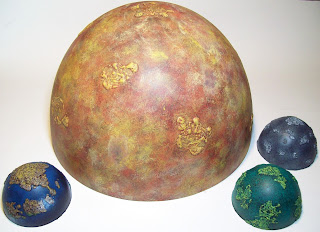 A biggish gas giant the only bare plastic I did. 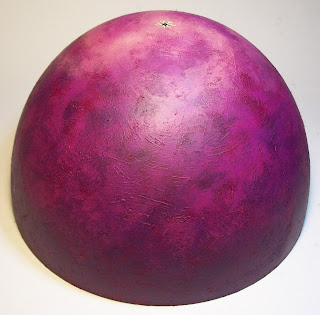 You can't see it well but there's a (huge, in scale) polar station suspended in the atmosphere, painted on to conceal the injection point on the plastic. 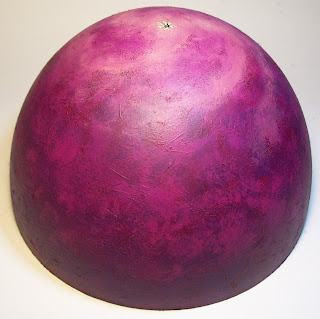 A terrestrial planet, first one with a proper dark side. 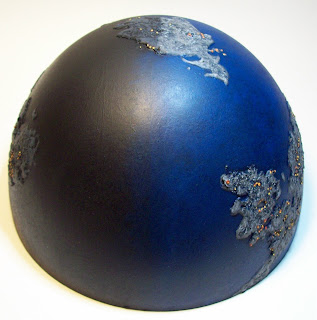 Lot of active volcanism on this one, which is more visible in the shadows. 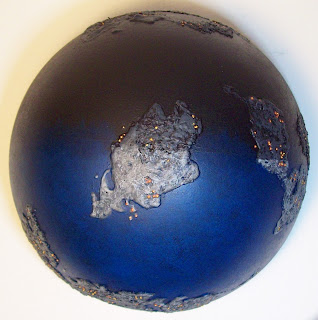 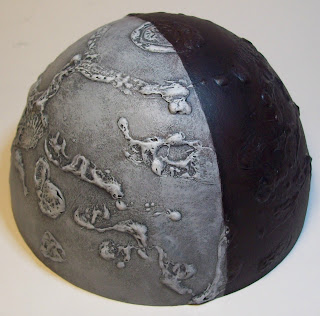 In general I tended not to do enough cloud cover on the ones with continents, especially the Terran-type worlds. 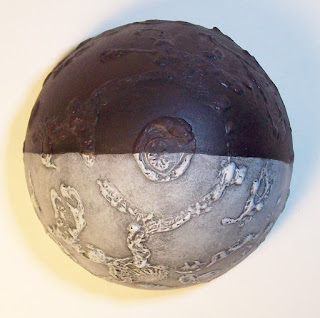 The two of them together, perhaps as a dual-planet system - think I was watching Crash of the Moons when I did them and I liked the idea. 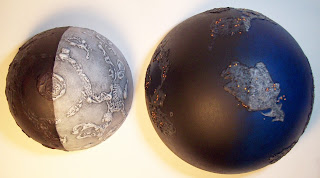 Big one-foot star with a large gas giant and a whole brood of planets/moons - and an obscenely huge Ancient planetbuster built out of a holiday decoration. 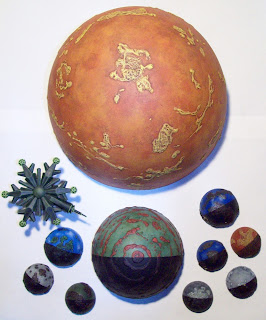 Nice thing about stars is you don't have a dark side to deal with. 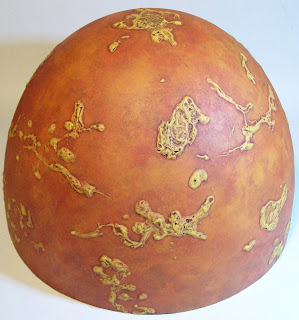 The sheer size of them takes a while to paint, though - an airbrush would accelerate that a lot. 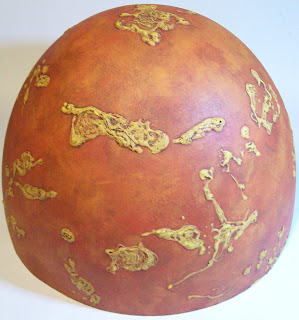 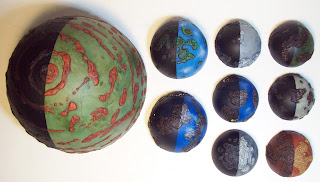 Another star system lot, this time with teeny-tiny moons from a beaded necklace I found at a garage sale. 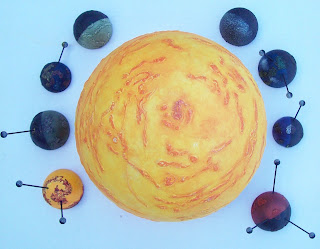 You can't see them very well but they're nicely cratered.

They're way too close for proper scale, of course, but so is having multiple planets on a table in most games.

First molten planet on the right, no terminator when you're glowing from within. 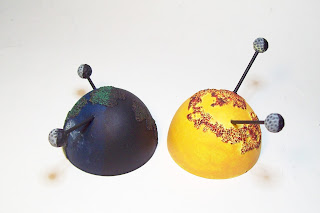 Yet another system, this one with a red-orange star. 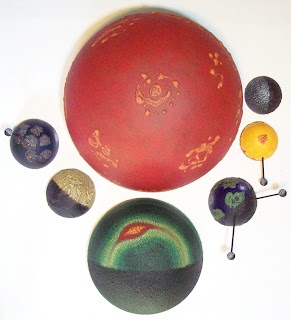 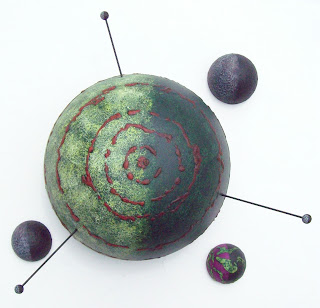 And again with the neon clouds on the left side planet.