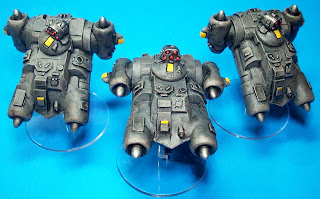 These are the original design of the Skylark, and are armed with a rotary chaingun in a chin turret, a six-shot smart missile pod in a dorsal turret, and a hull-mounted target designation laser. 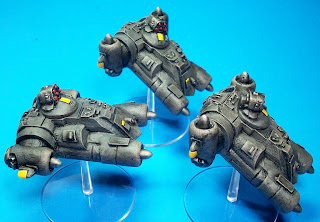 The dorsal turrets have been left unglued (they have quite a sung fit) so they can be repositioned as desired.  The engine nacelles and chin turrets are fixed in place. 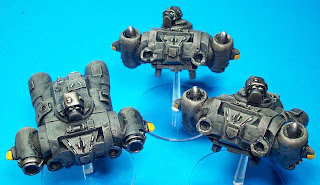 All three are mounted on 2" flight bases, and are all-resin models. 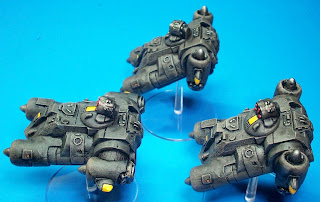 Two are in tail-up "attack" positions, while the third is in level flight "sprint" mode. 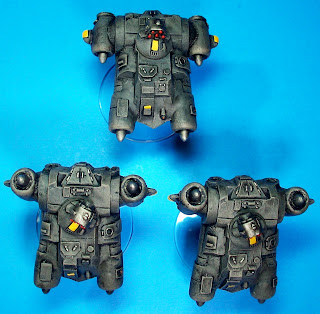 These figures are OOP at this point, but retailed for about $9 US when they were still for sale. 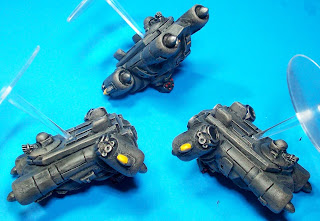 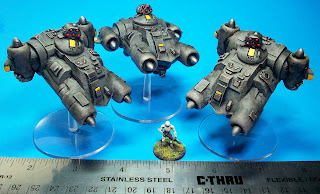