Looking back to 2014 today to show off some more models from Rebel Miniatures. 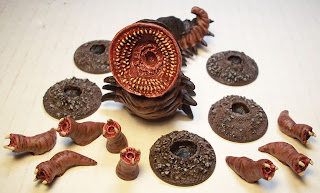 You can find these models unpainted on their web store here: 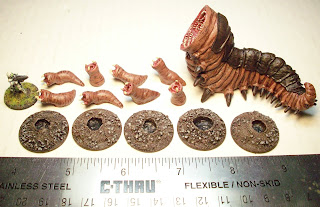 The worm-holes were handmade out of some putty on a 1" washer base, although Rebel sells something very similar in resin along with some terror-mites here: 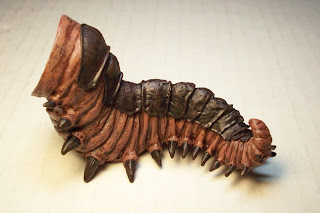 The sand worm here was formerly a Starship Troopers figure, but has been redone as a three pieces miniature, with two resin body halves and a metal mouth section. 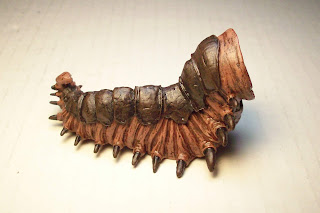 The smaller ripper worms make nice companions models for the big boy, either as larva forms or just a related species from the same alien ecology. 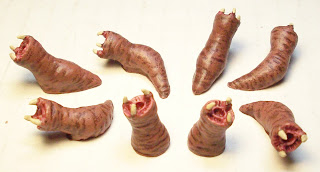 As you can see, they're still pretty big in 15mm. 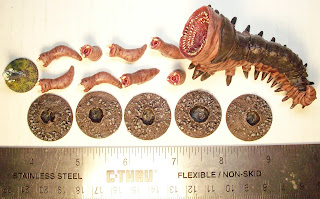 All of them could scale jump to 28mm without a problem, and they could work in scifi, fantasy, or horror settings as well.  Nice, versatile, inexpensive figs.  Hard not to like.