Today's post is a gallery showcase of some of Ground Zero Games' NAC light infantry alongside their early grav-sled style vehicles. 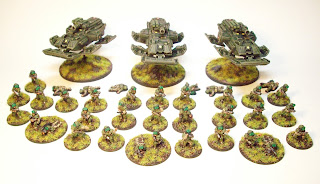 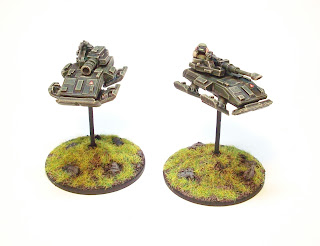 The paint jobs and photography date back to 2012, but they should still show the quality of the sculpts adequately. 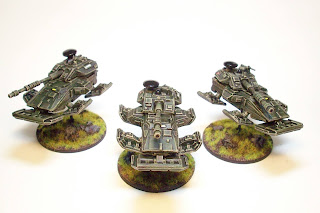 There are also a few drones in the mix, which can be bought here:
https://shop.groundzerogames.co.uk/15mm-stargrunt/vehicles/remotes-drones-and-bot-s.html 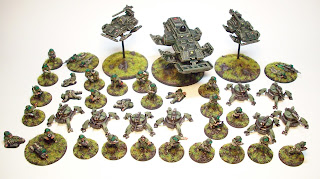 The grav-sleds are all supported on roofing nails, which have been embedded in masses of Magicsculpt putty, both on the base and within the vehicle hulls. 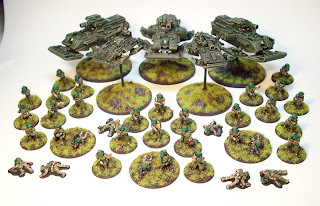 These are all-metal models so they call for a pretty sturdy flight post. 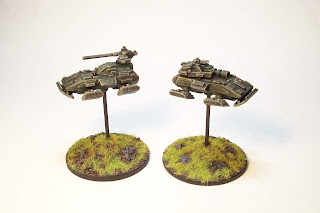 These days I'd probably use the Hawk/TTC flight widgets and flight posts, but they didn't exist back then. 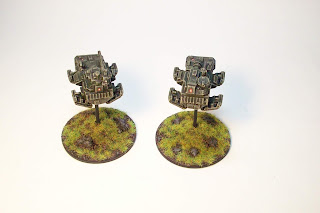 As usual for GZG vehicles these come with multiple main weapon options. 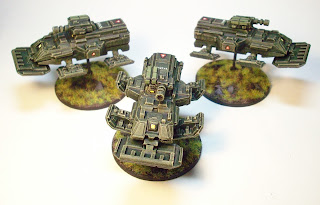 I've been slowly tapping the spare guns for conversions and kitbashes for years now. 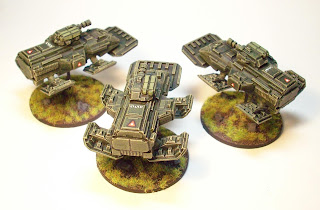 Getting low at last, but still not quite out. 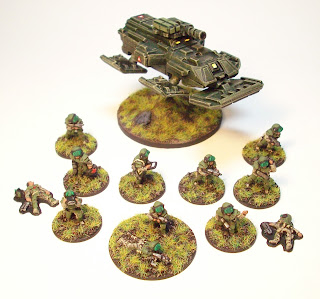 Still getting close to time for another big grav vehicle order, methinks. 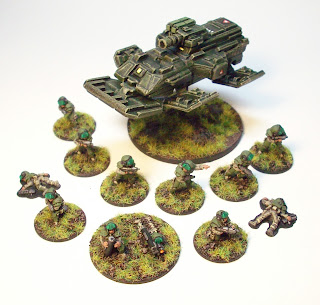 Really like the casualty and medic figures in this range. 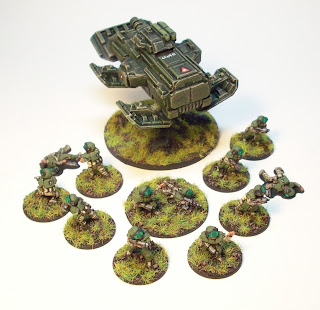 The NAC got a better selection of those than most, which may indicate they weren't the biggest sellers ever.

Think I had to glue the turrets in place on these due to barrel weight, but I might be misremembering. 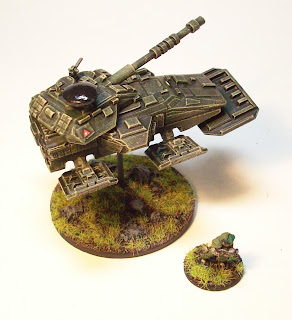 Seven or eight years is a long time even at my age. 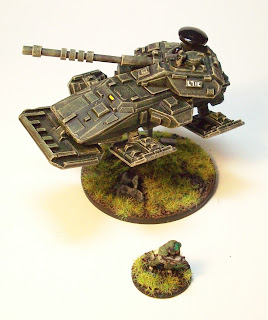 These sculpts still hold up well IMO, although I suspect they'll get a 3D-mastered revision at some point. 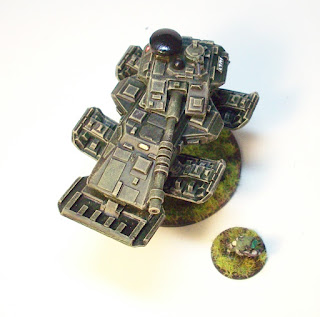 Some more drones and a team of Cyclops battle suits here. 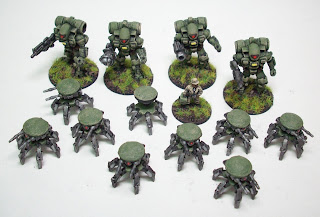 These guys could be manned light mecha or wholly robotic.

At one point the spider drones were one of the best selling 15mm figs GZG made.

Might still be the case, they're certainly quite versatile. 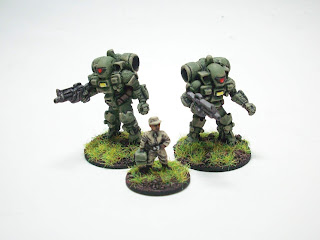 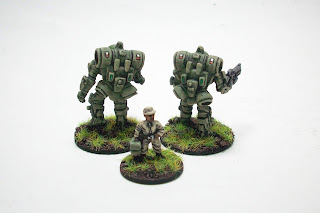 They're mounted here on 1" washers IIRC. 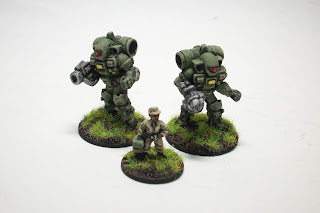 They're three-piece models with separate arms. 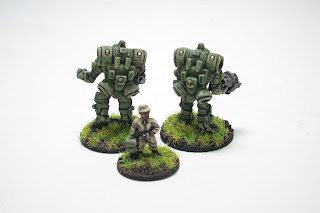