Recently finished commission job for a 28mm "novelty" piece from SciBor, with a base by Games Workshop/Forge World. 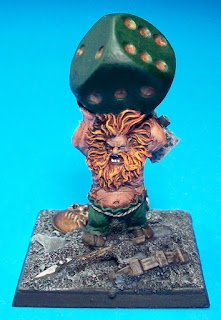 No idea what he was actually called, but given how many Dwarves I've had slaughtered over the decades by bad rolls, I could see one of them snapping and swearing eternal vengeance on the dice themselves. 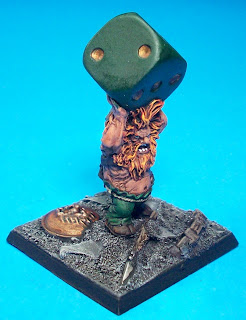 So, Dwarven Dice Slayer it is. 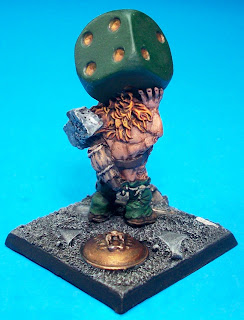 A nifty miniature, all resin with a resin scenic base. 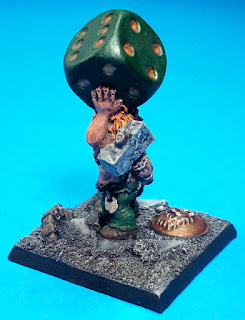 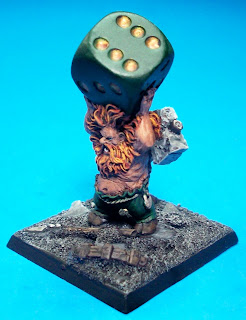 The base is kind of hilarious, since it was really obviously thrown together out of plasticard, some Empire spearman pieces, and a bunch of sand or ballast glued to a 40mm base, not the relatively sophisticated sculpts you see out of Forge World most of the time. 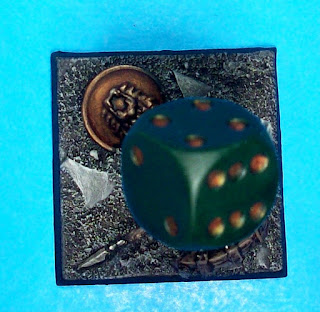 You can even see where packed the hollow base of the master with putty before making the mold. 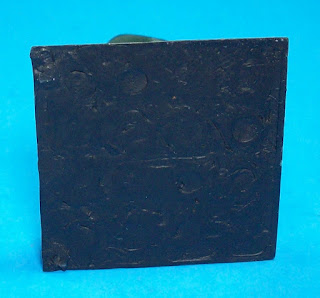