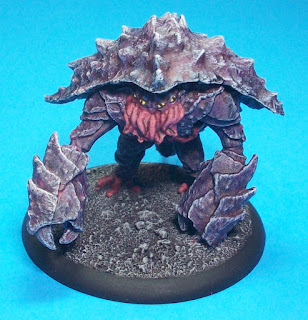 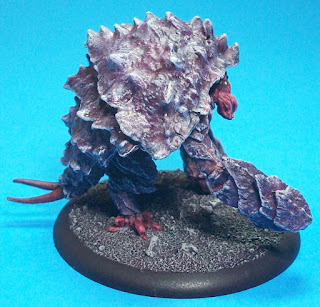 No idea why they're called ogres when they're clearly giant crab monsters, but it's still a much less ridiculous name than, say, sponk. 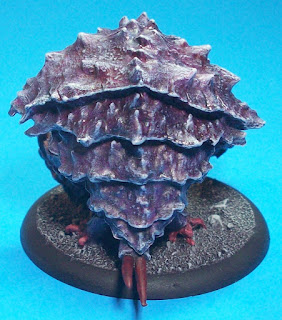 These are my first Star Saga figs, and I was mildly surprised to discover that they come pre-assembled and cast in a livid purple plastic. 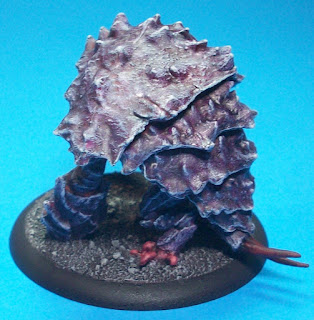 The models really aren't adequately cleaned up before assembly at the factory, and the bases they're mounted on look way too small. 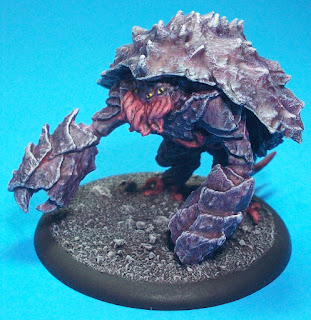 I pried them off the original bases, cleaned up various mold lines and injection marks, and rebased them to 60mm bases. 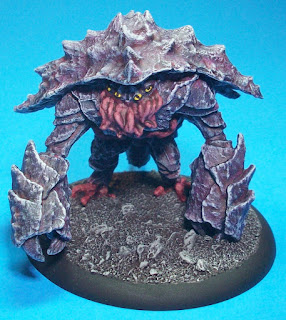 The detail level on these is a bit above what I'd call normal for "boardgame pawn" minis, but it's still a bit less than many figs on the market. 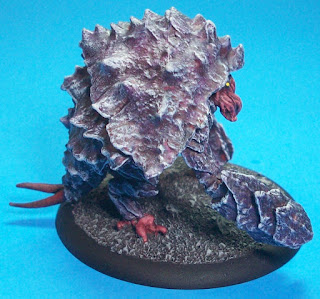 Still, the subject matter is neat, and these figs have a ton of potential for uses beyond Star Saga or Deadzone. 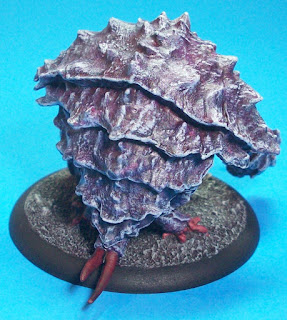 They'd obviously make nice alien fauna, but they're also pretty suitable for horror or pulp gaming ("Attack of the Crab Monsters!") and scale jump well, making a nice biomecha in 15mm or a decent 6mm kaiju. 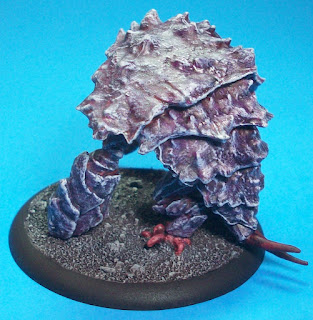 I also like them for fantasy dungeoncrawl gaming, where they could be a simple umber hulk variant or something more customized. 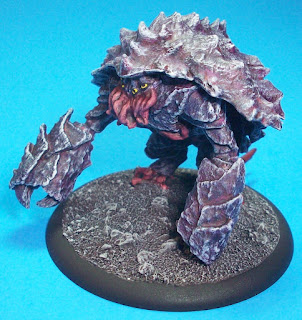 I rather like the idea of some mad D&D wizard experimenting with a mix of chuul, ilithid, and umber hulk essences and producing these horrors - no doubt spurred on by annoyance at losing out in a monster hybridizing contest during his school days to some smarmy little twit of a Gryffindor and his oh-so-clever owlbears.  Owlbears!  I'll show them all!!! 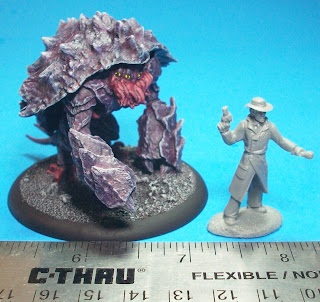 Not turning around, nope.  If you can't see it, you don't lose sanity.