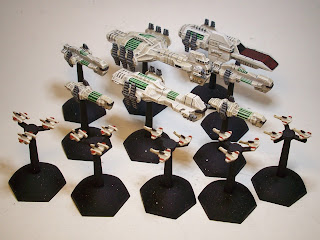 Brigade Models' Indonesian Commonwealth miniatures range currently lacks stats for Full Thrust, so here's a stab at covering them under the Full Thrust/Fleet Book 1 & 2 rules from Ground Zero Games,  which are available as free downloads here:

http://www.brigademodels.co.uk/Spaceships/Indonesian.html
I've done my usual "OGRE-style" SSDs below, but Pixelgeek recently made a nice set of much more attractive graphic SSDs for the fleet, which you can find at his page over here:
https://zacgaming.wordpress.com/indonesian-republic-ssd/

There are several "house rule" additions to give them a bit more character. 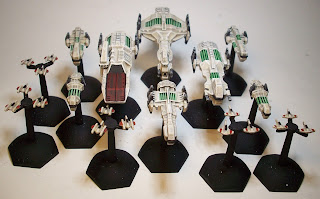 Many IC ships have armor boxes that only apply against attacks originating from their front 180 degree facing (F/FS/FP arc) which represents their reinforced "hammerhead" prow structure.  These boxes absorb damage exactly like normal all-arc armor but any damage source that originates outside of their arc of coverage bypasses the armor completely, scoring damage directly to the ship's hull.  A ship could mount directional armor in multiple arcs but those arcs cannot overlap, so (for ex) a ship could have one set of prow armor covering F/FS/FP and another set of aft armor covering A/AS/AP but not two sets that covered F/FS/AS and F/FP/AP (since they'd overlap on the F arc).

In theory a ship could combine both all-arc and directional armor, in which case damage should be scored on directional armor first (if the source is in a covered arc), then against all-arc armor, and finally to hull.  Penetrating weapons treat this kind of combined armor as a single layer, not multiple layers like Phalon shell armor. 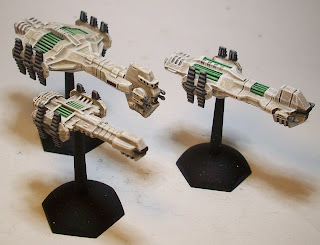 IC fighters operate in groups of 3 ("triads") rather than the more common squadrons of 6 used by most spacefaring powers.  This has some small advantages (PD fire and dogfights are more likely to waste hits on overkill, and the IC will have more options about where to move their fighters) but it also has the drawback of less efficient use of hanger space.  Each triad requires 5 Mass for hanger space, which is priced as normal (3 points per Mass for NPV users, 1 point per Mass for CPV users).  When paying for the fighters themselves (as you do under the CPV system) each triad costs half what a six-fighter squadron does. 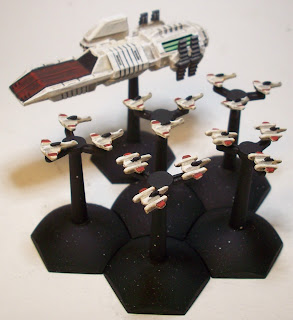 Indonesian Republic ships feature generally high thrust ratings and modest beam armaments with wide arcs of fire.  Most ships also carry more specialized fixed-angle weaponry on their heavily armored prows, which limit incoming damage during approach battles.  The fleet has experimented more heavily than most with technology derived from alien technology, especially home-built gravitic accelerator cannons that emulate some of the features of the deadly Kra'Vak K-guns.  Fighter doctrine is also unusual, with their small craft generally operating in smaller groups of three ("triads") rather than the much more common six-craft squadrons used by most powers.  The actual effectiveness of such innovations is debatable, and the Indonesians remain a third-rate stellar power even in the post-XenoWar era. 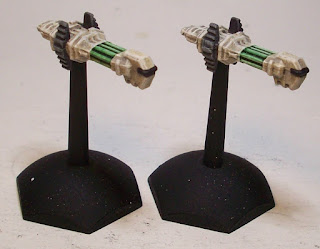 By far the most common escort class in the Republic Star Navy, Martinadas can be found on escort and patrol duties throughout Indonesian colonial space and near their Core and Inner System holdings.  They are well regarded as tough little ships during approach battles, albeit only modestly armed.  Her most noteworthy feature is an unusually extensive fire control array that help keep her guns firing to the very end as well as allowing her to engage two targets at once, something rarely seen outside of the heavier cruiser classes.
Mass 24 / NPV 81 / CPV 63
FTL q
Thrust 6 q 3 q
2 Fire Control Systems qq
1 Point Defense System q
2 Beam-2 (F/FP/AP) q (F/FS/AS) q
3 Directional Armor (F/FP/FS) mmm
6 Hull
qq
pq
q
p 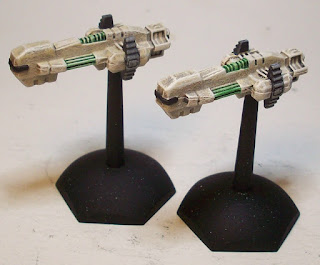 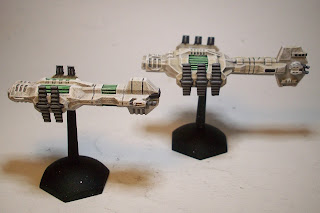 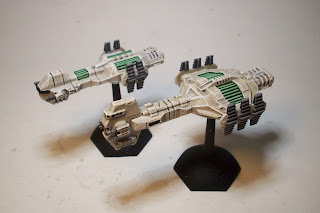 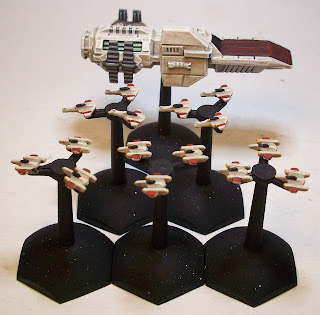 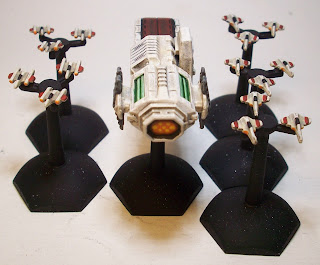